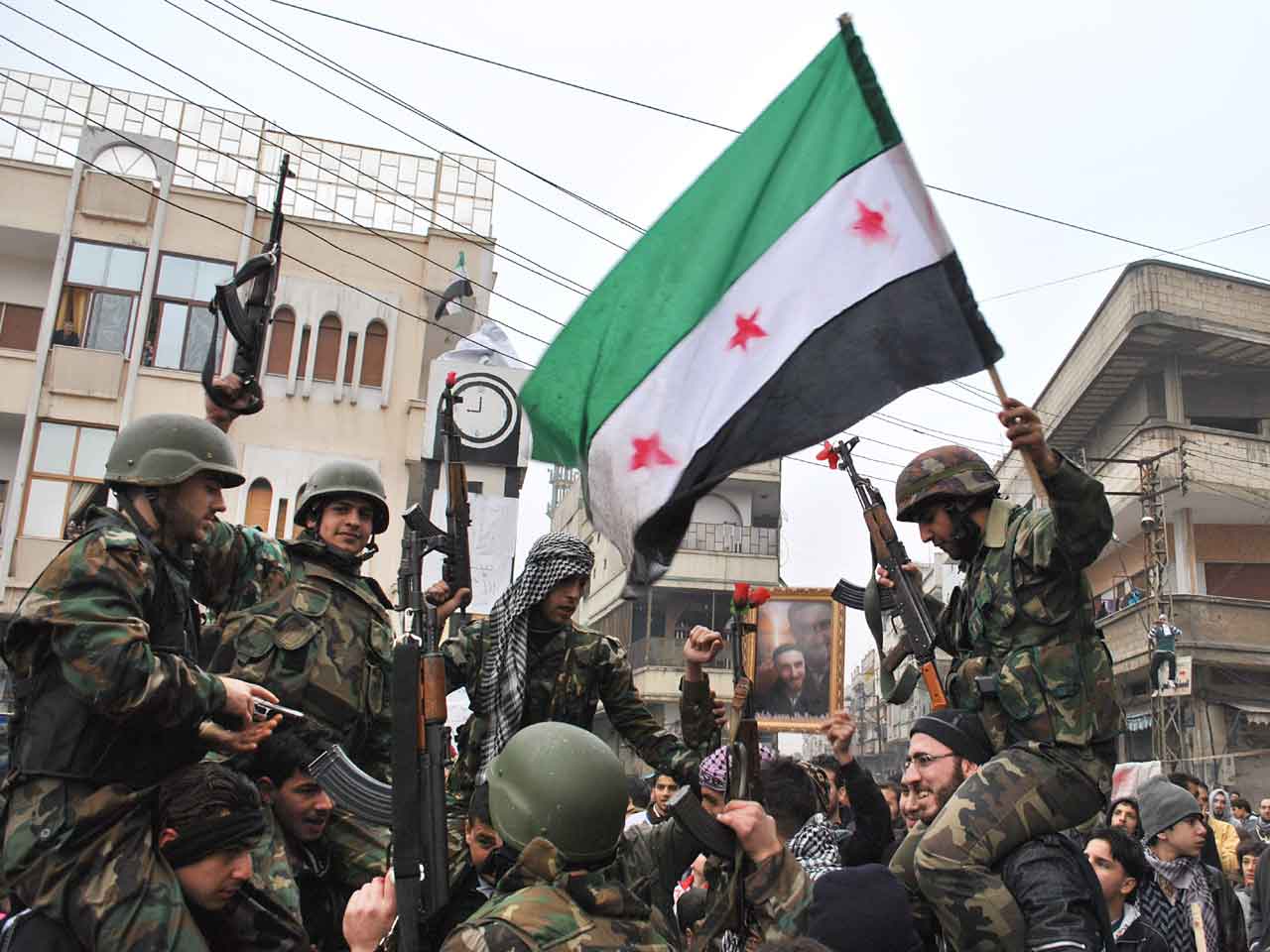 BEIRUT - Syrian troops stormed a flashpoint suburb of Damascus on Thursday, rounding people up in house-to-house raids and clashing with army defectors, activists said, as the 10-month-old uprising inches ever closer to the capital.

Even as the fighting raged in Douma, tens of thousands of backers of President Bashar Assad poured into the streets just 10 miles away in downtown Damascus in a show of support for his embattled regime.

Similar pro-regime rallies were held in other cities Thursday, even as the bloodshed continued elsewhere — offering a sign of the deep divisions over the country's deadly revolt.

The offensive against Douma came two days after Syrian Foreign Minister Walid al-Moallem said his government will continue with the "security solution" to end the crisis. It was the latest evidence that the Assad regime was rejecting pressure to stop the bloody crackdown, and the Arab League was powerless to curb it.

The British-based Syrian Observatory for Human Rights said at least 200 people were detained Thursday in Douma.

"They are entering homes, searching cars and stopping people in the streets to check identity cards," al-Saeed said. "There is very little movement in the streets, and nobody is allowed to leave or enter Douma."

The Syrian uprising began last March with largely peaceful anti-government protests, but it has grown increasingly militarized in recent months as frustrated regime opponents and army defectors arm themselves and fight back against government forces.

On Wednesday, a Red Crescent official and a priest were among the dead in Syria.

Bassma Kodmani, a spokeswoman for the opposition Syrian National Council, said Thursday that the priest, Basilious Nassar, was a "supporter of the democratic uprising and a patriotic figure of the movement ... We believe the responsibility lies entirely with the regime and is one more attempt at inciting hatred and sectarian divisions. The revolution is and will remain a democratic nonsectarian cry for change in Syria."

U.N. Secretary-General Ban Ki-moon condemned the killing of the Red Crescent official and offered condolences to the family. Attackers are said to have targeted a vehicle that Abdulrazak Jbero was riding in, which was clearly marked with the Red Crescent emblem.

The government crackdown has killed more than 5,400 people since March, according to estimates from the United Nations.

Assad's regime claims terrorists acting out a foreign conspiracy are behind the uprising, not protesters seeking change, and that thousands of security forces have been killed.

International pressure on Damascus to end the bloodshed so far has produced few results.

The Arab League has sent observers to the country as part of a plan to the end the crisis, but the mission has been widely criticized for failing to stop the violence. Gulf states led by Saudi Arabia pulled out of the mission Tuesday, asking the U.N. Security Council to intervene because the Syrian government has not halted its crackdown.

In Cairo, Arab League chief Nabil Elaraby told reporters that he and the prime minister of Qatar would leave for New York on Saturday to brief the U.N. Security Council on the latest Arab plan to end the crisis in Syria. He said their talks, to start Monday, are designed to enlist the support of the council for the Arab peace plan.

The plan is a two-month transition to a unity government and includes Assad handing over his powers. Syria has hotly rejected it as intervention in its internal affairs.

Despite the calls from some Arab states for decisive action from the U.N., that prospect appears unlikely because Russia, a strong Syrian ally, has opposed moves like sanctions.

The British-based Observatory said a joint army and police force was ambushed Thursday near the town of Khirbet Ghazaleh, killing four members of the security forces and wounding five more.

Syria's state-run news agency SANA said an army colonel was shot dead by "an armed terrorist" in front of his home in the central city of Homs.