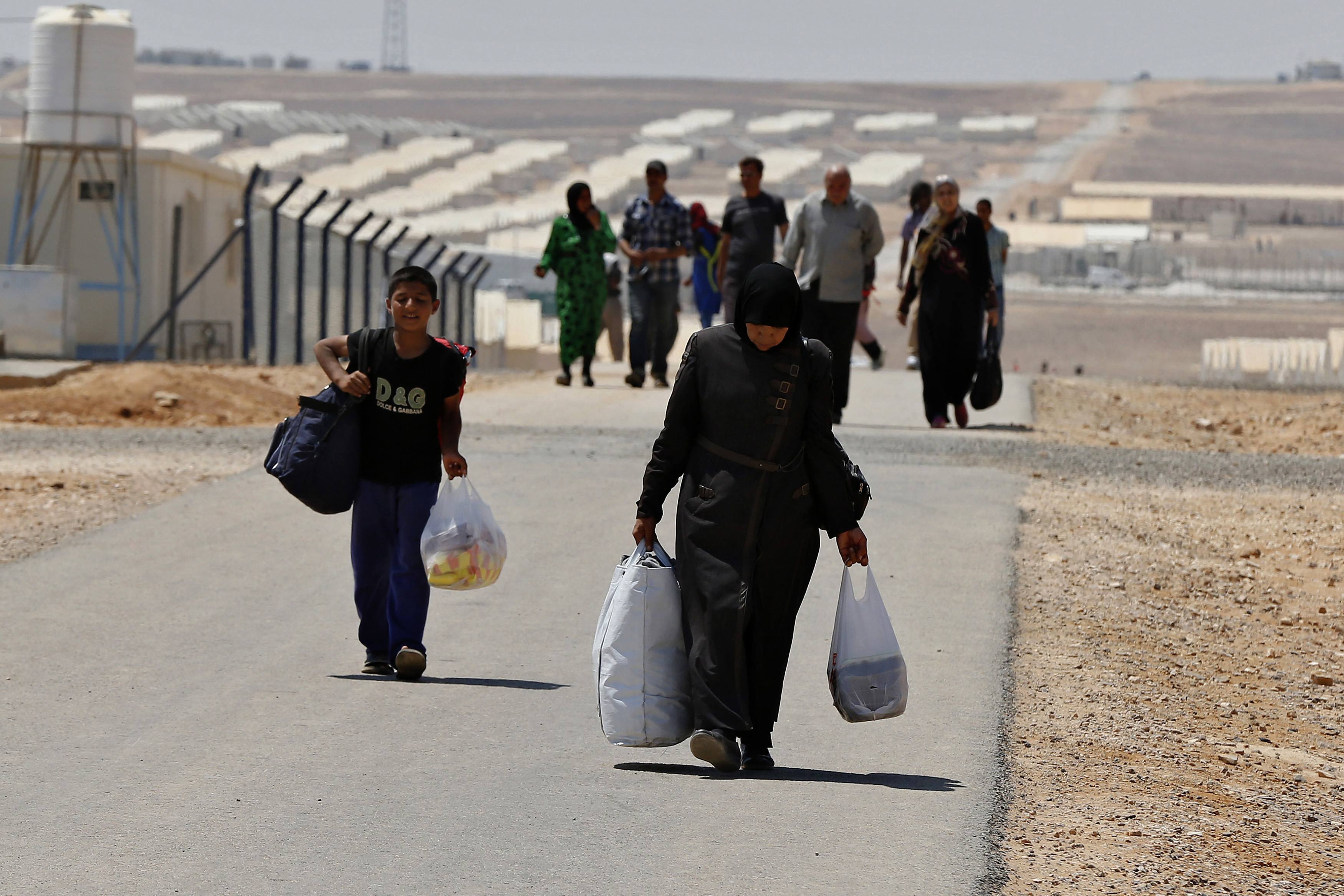 Some of the millions of women and girls displaced from their homes by the raging seven-year civil war in Syria have been forced to pay for desperately aid with sex, a United Nations report has revealed. In its "Voices from Syria 2018" report, the United Nations Population Fund (UNFPA) said it found examples of local distributors working for major international non-profits, including other U.N. agencies, demanding sex before they would hand food over to displaced Syrian women.

CBS News partner network BBC News spoke to aid workers who said the exploitation was so widespread that some Syrian women have refused to go to aid distribution points over fears that people in their community would assume they'd offered sexual favors to receive the aid.

"Examples were given of women or girls marrying officials for a short period of time for 'sexual services' in order to receive meals; distributors asking for telephone numbers of women and girls; giving them lifts to their houses 'to take something in return' or obtaining distributions 'in exchange for a visit to her home' or 'in exchange for services, such as spending a night with them,'" the report authors wrote.

The United Nations and global charities including Oxfam told the BBC they have zero tolerance party when it comes to exploitation of refugees and internally displaced people they serve, but that they had received no reports of partner organizations committing such abuses.

The allegations deal with local distribution partners on the ground in Syria, not members of the U.N. or charities staffs directly.

However, as the BBC reports, the allegations against local aid distributors in Syria go back at least three years, according to one charity worker who has documented them.

Danielle Spencer works as a humanitarian adviser for a charity, and she told the BBC she heard allegations from a group of Syrian women at a refugee camp in neighboring Jordan in 2015. She met with the women and heard stories of men from local councils in southern Syria offering aid in exchange for sex.

"They were withholding aid that had been delivered and then using these women for sex," Spencer told the BBC. "Some had experienced it themselves, some were very distraught.

"I remember one woman crying in the room and she was very upset about what she had experienced. Women and girls need to be protected when they are trying to receive food and soap and basic items to live. The last thing you need is a man who you're supposed to trust and supposed to be receiving aid from, then asking you to have sex with him and withholding aid from you."

The International Rescue Committee (IRC) conducted its own research into reports of exploitation in Syria later in 2015, and also, "concluded that sexual violence was a widespread concern, including when seeking access to various types of services across southern Syria. These services included the distribution of humanitarian aid."

Some charities, including IRC, say they responded to the reports several years ago by putting in place new reporting mechanisms and urging the United Nations, which operates several global aid agencies, to gather more information on the alleged exploitation in those agencies run in Syria and neighboring countries.

Spencer, however, told the BBC that real change hasn't happened on a large enough scale to stop the abuse.

"The U.N. and the system as it currently stands have chosen for women's bodies to be sacrificed," she said. "Somewhere there has been a decision made that it is okay for women's bodies to continue to be used, abused, violated in order for aid to be delivered for a larger group of people."

In spite of the new U.N. Population Fund report, Unicef and other U.N. agencies told the BBC that they have yet to receive credible reports of partner organizations being accused of exploitation, and UNFPA stressed that it does not distribute aid via local councils in Syria.

A spokesman for the primary U.N. aid agency, UNHCR, did acknowledge, however, that in any crisis zone, the risk of such sexual abuse was real.

Andrej Mahecic told the BBC it was, "important to understand that in any aid emergency there is a risk of sexual abuse and sexual exploitation, and to abuse somebody who is in need of assistance is despicable."