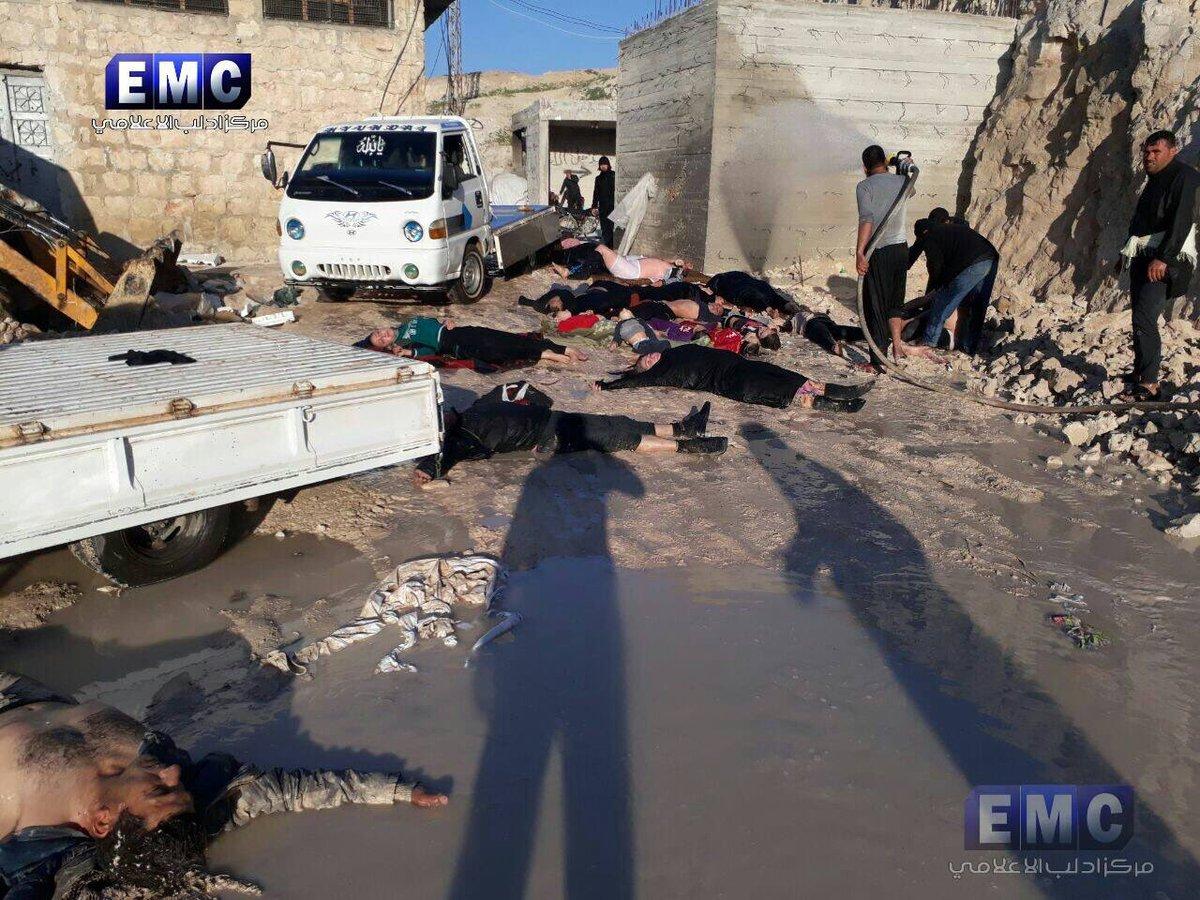 THE HAGUE, Netherlands -- The global chemical weapons watchdog says it has found traces of sarin following an attack in northern Syria in late March, days before a deadly strike using the same nerve agent in another Syrian town.

The Organization for the Prohibition of Chemical Weapons said Thursday that tests found traces of "sarin or sarin-related chemicals" in Ltamenah after a March 30 attack that injured 50 people. No deaths were reported.

Days later, an April 4 attack in the northwestern town of Khan Sheikhoun killed nearly 100 people. Syria -- backed by Russia -- has denied responsibility for that strike.

An OPCW-United Nations probe is expected to apportion blame later this month for the attack in Khan Sheikhoun, which is only about 15 miles away from Ltamenah.

Ahmet Üzümcü, director of the OPCW, said Wednesday that the team assembled under the Joint Investigative Mechanism (JIM) with the United Nations had detected the deadly toxin in "environmental samples, soil samples, clothes, metal parts and so on which were sent to our designated laboratories."

"So that is new to us," Üzümcü said, adding that the fact-finding mission was, "making every effort to contact the victims."

In response to the findings, U.S. Ambassador to the U.N. Nikki Haley said Wednesday that it was "clear that the Syrian regime not only lied about the extent of their chemical weapons program, but that they will continue to refuse to cooperate with watchdog organizations like the OPCW."

She urged the other members of the U.N. Security Council to join the U.S. in voting to renew the mandate of the Joint Investigative Mechanism when it expires in November, as a "top priority" for the Council.

The Council unanimously created the JIM in 2015 to probe alleged Syrian atrocities, and then renewed its mandate in 2016.

"We owe it to the innocent people -- including children -- who have suffered and died at the hands of the Syrian regime to continue to push for full accountability for these horrific crimes," Haley said in the written statement released by her office.