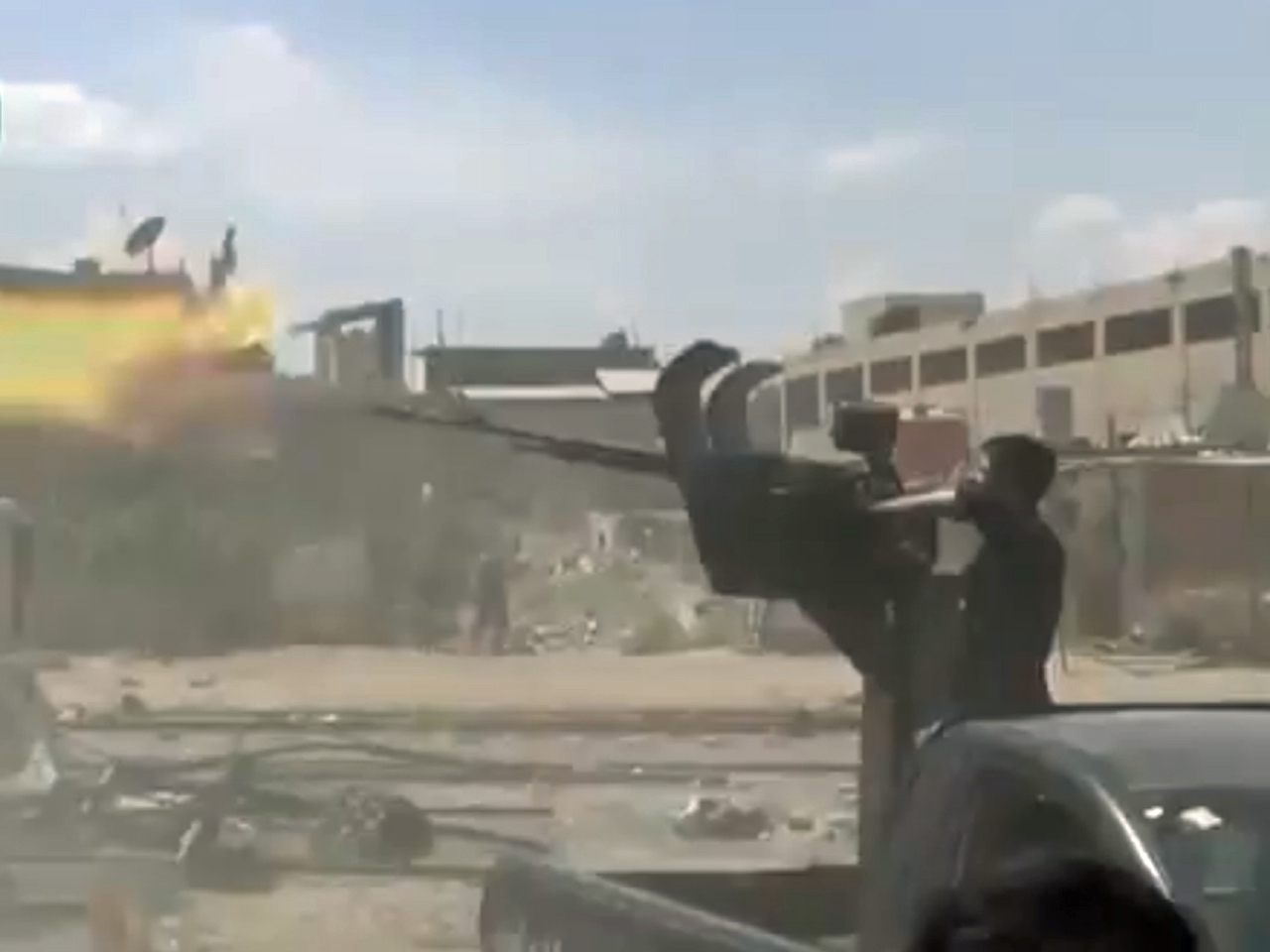 BEIRUT Activists say Syrian rebels and Islamic fighters have joined forces in a push to reopen an arms supply route and retake a key town near Damascus that fell back to President Bashar Assad's troops last month.

The Britain-based Syrian Observatory for Human Rights says Islamic units, including the al Qaeda-linked Jabhat al-Nusra, and Syrian opposition fighters are battling around the town of Otaybah, east of the capital.

The army regained control of Otaybah in late April, cutting an arms route for rebels trying to topple Assad's regime.

The Observatory said Wednesday that at least 23 rebel groups and Islamic fighter units that operated individually have joined the push to take back Otaybah and reverse government gains there.

Little evidence of the renewed fighting around Otaybah was available on the usual opposition Youtube channels Wednesday, so it was impossible to independently confirm the extent of the fighting.

Opposition forces have lost significant ground to Assad's troops in recent weeks -- being forced also from a key town in the southern Daraa province which sits on the primary highway between the Jordanian border and Damascus, Assad's seat of power.

Regime forces retook Khirbet Ghazaleh on Sunday and rebels withdrew from the area, said Rami Abdul-Rahman, head of the Syrian Observatory. Troops reopened the highway, restoring the supply line between Damascus and the contested provincial capital of Daraa, he said.

Free Syrian Army rebels have said they're preparing a counteroffensive to reclaim Khirbet Ghazaleh. A local opposition source in the area told CBS News' Khaled Wassef on Wednesday, however, that fighters in the area are short on weapons and ammunition -- the flow of which has decreased significantly from Jordan this year -- and he wasn't optimistic about their chances.

Damascus, still overwhelmingly under regime control, is the ultimate prize in a largely deadlocked civil war.

More than 70,000 people have been killed since the revolt began in March 2011, according to a conservative estimate by the United Nations.

Also on Wednesday, the Syrian Observatory said Syrian rebels had detonated two car bombs outside the main prison in the northern city of Aleppo and were trying to storm the facility, where hundreds of regime opponents are believed to be held.

The Observatory said the car bombs exploded simultaneously outside the walls of the central prison Wednesday morning.

Abdul-Rahman said the blasts were part of a coordinated rebel assault on the prison, and clashes were ongoing between Assad's troops and opposition fighters around the detention center.

Abdul-Rahman says Aleppo's central prison is believed to be holding about 4,000 prisoners, around 250 are jailed for reasons related to the 26-month-old uprising against Assad's regime.

There were no immediate reports of casualties.