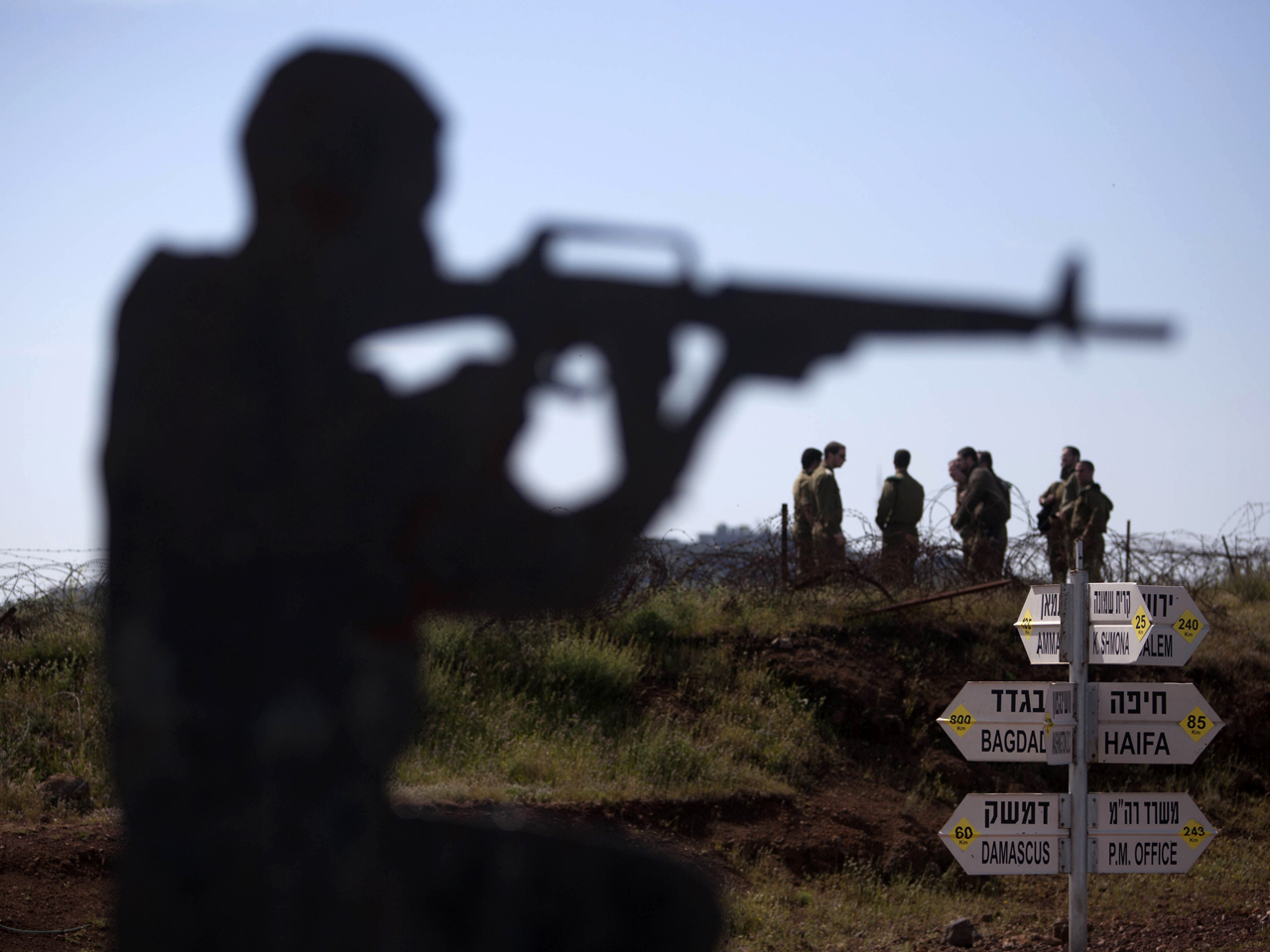 If confirmed, it would be the second Israeli strike on targets in Syria in three days, signaling a sharp escalation of Israel's involvement in Syria's bloody civil war.

Israel has said it will not allow sophisticated weapons to flow from Syria to the Lebanese Hezbollah militia, an ally of Syrian President Bashar Assad and a heavily armed foe of the Jewish state.

Two previous Israeli airstrikes, one in January and one on Friday, targeted weapons shipments apparently bound for Hezbollah, Israeli and U.S. officials have said.

Israeli officials were not immediately available for comment on the reports of a new strike Sunday. In Washington, a Pentagon spokeswoman said she had no information relating to the report by Syrian state media.

SANA said explosions went off at the Jamraya research center near Damascus, causing casualties. "Initial reports point to these explosions being a result of Israeli missiles that targeted the research center in Jamraya," SANA said.

A Syrian activist group, the Britain-based Syrian Observatory for Human Rights, also reported large explosions in the area of Jamraya, a research facility northwest of Damascus, about 15 kilometers (10 miles) from the Lebanese border.

On Saturday, Israeli officials confirmed that a day earlier, Israeli aircraft targeted a weapons shipment in Syria that was apparently bound for Hezbollah. U.S. officials said they believed the strike hit a warehouse.

The Israeli and U.S. officials spoke anonymously because they had not been given permission to speak publicly about the matter.

President Barack Obama said Saturday, before the latest incident, that it was up to Israel to confirm or deny any strikes, but that the U.S. coordinates very closely with Israel.

"The Israelis, justifiably, have to guard against the transfer of advanced weaponry to terrorist organizations like Hezbollah," Obama told the Spanish-language TV station Telemundo.