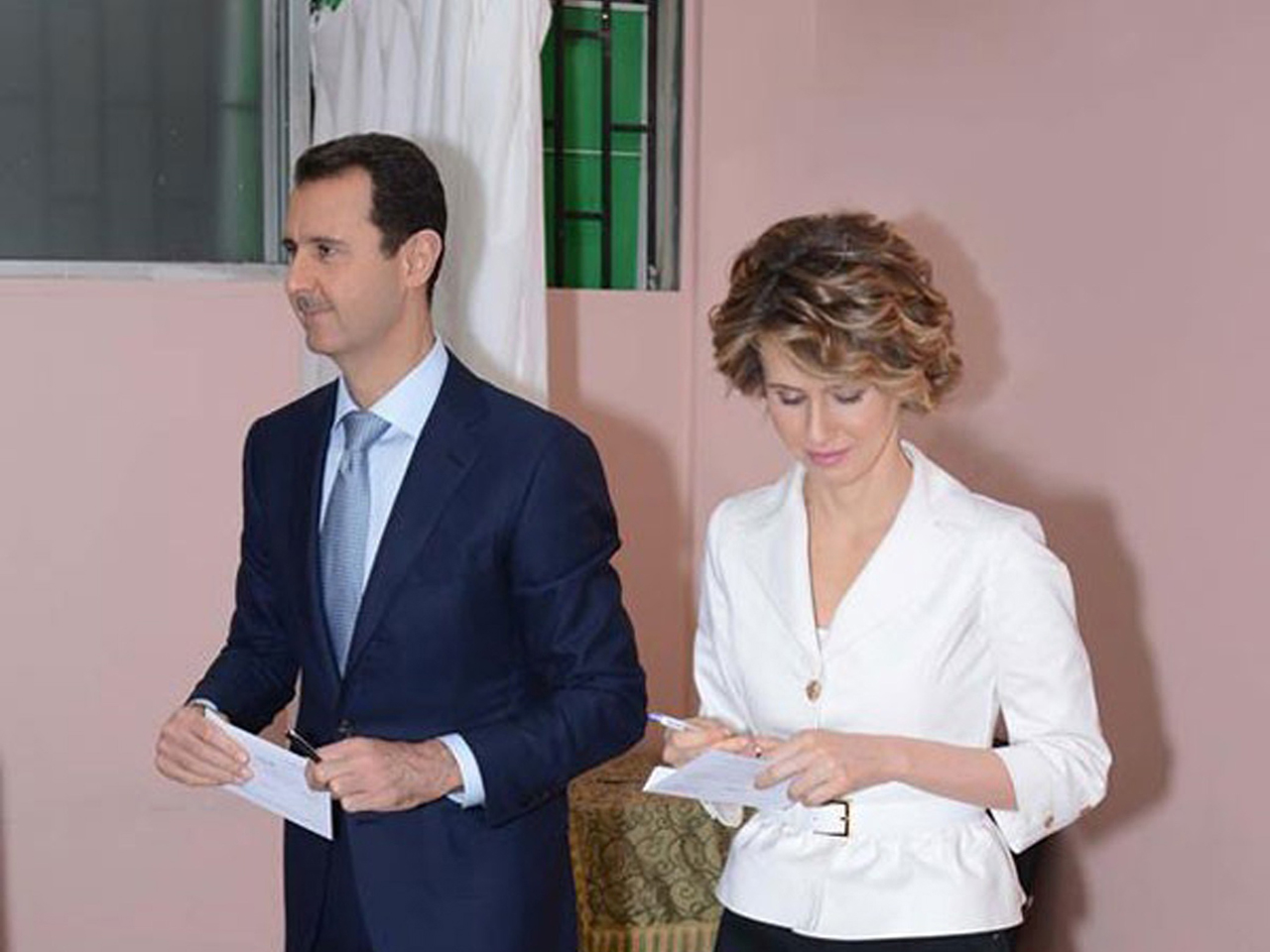 DAMASCUS, Syria -- Thousands of Syrians lined up outside polling centers in government-controlled areas around the country to vote Tuesday in the presidential election that Bashar Assad is widely expected to win but which has been denounced by critics as a sham.

The balloting comes amid a devastating, three-year civil war that activists say has killed more than 160,000 people, about a third of whom were civilians. It's also Syria's first multi-candidate election in more than 40 years.

In the capital city of Damascus, Assad's seat of power and long a stronghold of his regime, CBS News' George Baghdadi reported that polling stations were rammed with throngs of Syrians eager to cast their votes for Assad.

Baghdadi reported that parliamentary delegations from Russia -- Syria's most valuable international ally -- Iran, and six other nations including Uganda and Zimbabwe, arrived in Damascus Monday to oversee the voting as observers.

Baghdadi said the polls opened at 7 a.m. and voting was go on for 12 hours, but could be extended for five additional hours in the case of heavy turnout, according to Syrian officials.

The opposition's Western and regional allies, including the U.S., Britain, France, Saudi Arabia and Turkey, have called the vote a farce. The so-called internal Syrian opposition groups seen as more lenient are also boycotting the vote, while many activists around the country are referring to it as "blood elections" for the horrific toll the country has suffered.

The election is taking place only in areas under government control, as much of northern and eastern Syria is in rebel hands. Tens of thousands of Syrians abroad voted last week, although many of the more than 2.7 million Syrian refugees across the region either abstained or were excluded by voting laws.

Assad himself voted Tuesday at a polling station in central Damascus with his wife Asma. They were surrounded by hundreds of people chanting national slogans and cheering "Bashar, Bashar, Only Bashar," as they cast their ballots.

Assad has maintained significant support among large sections of the population, particularly among Christians and other religious minorities. That support was reinforced as Islamic militants gained more strength among the myriad rebel factions fighting to topple him.

Many who poured into the capital to vote on Tuesday told Baghdadi they believed Assad was the only man capable of restoring security to the war-torn country.

"To vote for Assad is to launch a SCUD missile on the heads of those who wanted to destabilize the country. I am voting for the one who would maintain stability and security in Syria," 34-year-old architect Bassem Smaa'n, who was forced to move from his home in the countryside outside Damascus into the center of the city due to heavy fighting.

In the Syrian capital, Damascus, security was tight with multiple rings of checkpoints set up around the city and its entrances. Troops searched cars and asked people for their IDs.

At a polling station in the city's Dama Rose hotel, many voters refused to go behind the curtain to vote in privacy, instead publicly circling Assad's name.

At the same station in central Damascus, a box with pins was available for those who wanted to prick their finger and vote in blood - a symbolic act of allegiance and patriotism.

Odai al-Jamounai, 18, said he voted with his blood "to express by my love to my country and my leader."

Another voter, 49-year-old merchant Ahmad Qadah, who has been living in Egypt since fleeing the fighting in the northern Syrian city of Aleppo, said he came back four days ago to vote for Assad.

"He is the most competent to lead the country," Qadah said after casting his ballot. "We need a strong leader in these difficult times."

At least three flights from Kuwait, chartered by an anonymous Syrian businessman, were to bring Syrian expats home to vote. The first flight landed in the morning hours with nearly 200 people, according to an Associated Press crew at the Damascus International Airport. The people said they would vote and then immediately fly back to Kuwait.

But even as voting got under way in government-controlled parts of the country, activists reported fighting, shelling and air raids in rebel-held areas of Syria.

In the rebel-held central town of Rastan, which has been under attack by government forces for more than two years, an activist who goes by the name of Murhaf al-Zoubi said all the local residents "want Assad to go."

"There are no elections here, this is a free, liberated area," al-Zoubi said.

The Interior Ministry said there were 15.8 million eligible voters, both inside and outside Syria, and that 9,600 voting centers have been set up around the country.