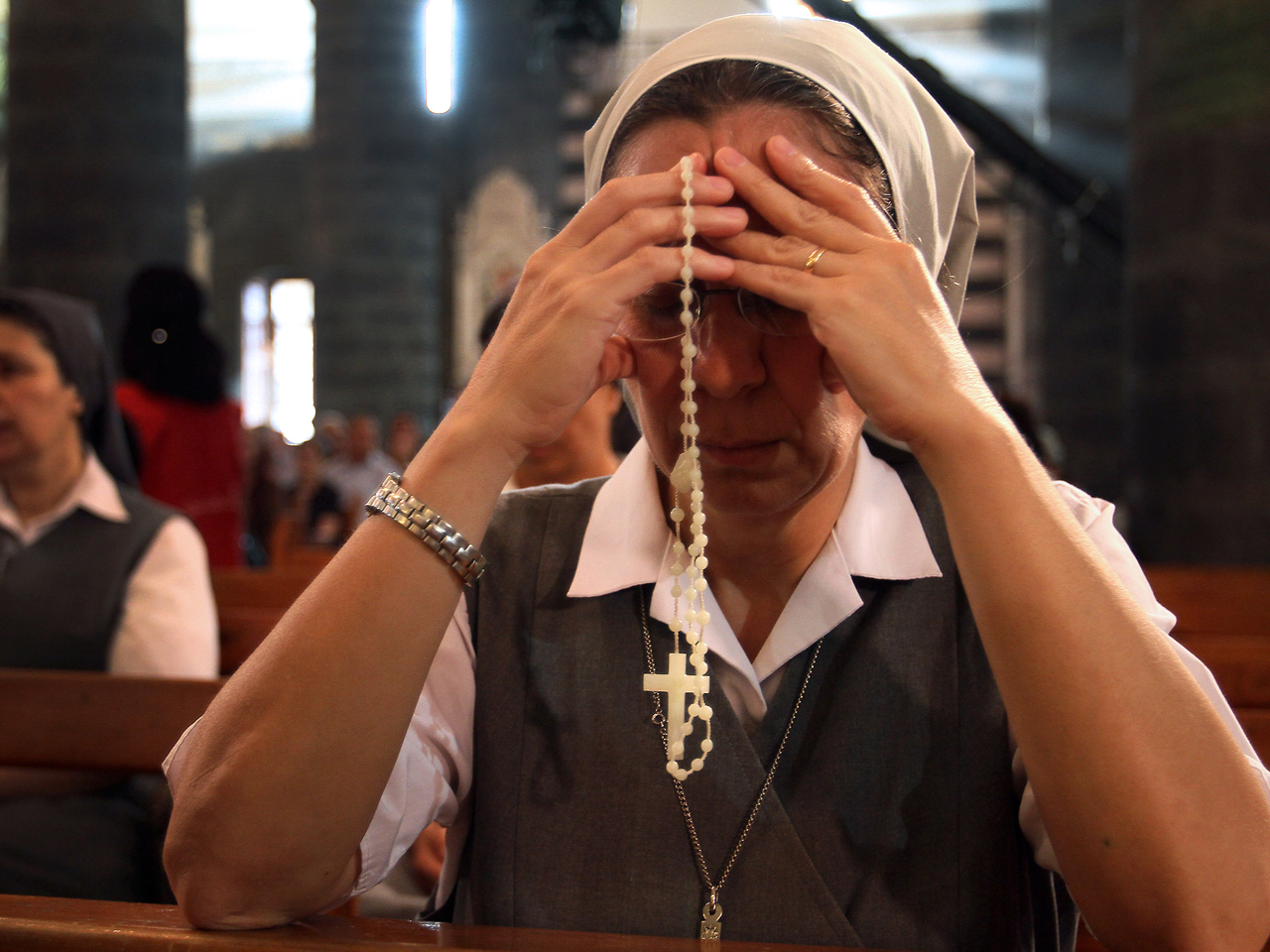 BEIRUT - About a dozen nuns held in Syria for more than three months have been released and are on their way to Damascus via Lebanon, a Lebanese security source and church officials said on Sunday.

The security source said the nuns had been transferred to the Lebanese town of Arsal earlier in the week and were on their way to Syria on Sunday.

The nuns went missing in December after Islamist fighters took the ancient quarter of the Christian town of Maaloula north of Damascus.

After being held in the Greek Orthodox monastery of Mar Thecla in Maaloula, they were reportedly moved to the town of Yabroud, about 13 miles to the north, which is now the focus of a government military operation.

Speaking to reporters at the border, Syrian Greek Orthodox Bishop Louka al-Khoury welcomed the news. "What the Syrian army achieved in Yabroud facilitated this process," he said.

It was unclear exactly who had held the nuns and why they had been released now.

In December, the nuns showed up in a video obtained by Al Jazeera television, saying they were in good health, but it was not clear who filmed the video, where it was made or under what conditions.

Syria's Christian community has broadly tried to stay on the sidelines of the country's three-year-old-conflict, which has killed over 140,000 and become increasingly sectarian.

But the rise of hardline Islamists among the overwhelmingly Sunni Muslim opposition has alarmed many.