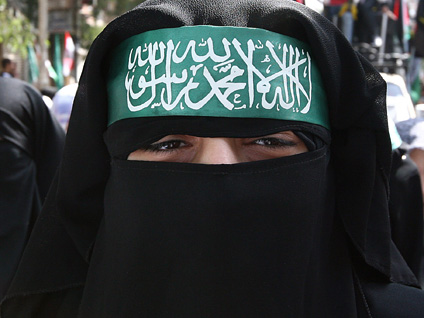 Fearing an ever-secular Syria might turn to radical Islam, authorities has quietly banned the niqab, a face-covering veil worn by some Muslim women, in public universities — a move welcomed by most Syrians.

The government, which has always kept a tight lid on Islamic movements, has also possibly forced 1,200 women teachers wearing burqa (the head-to-toe Muslim veil) out of their jobs, or reassigned them to government offices where they would not come into contact with students.

"Minister of Higher Education Ghyath Barakat has given his directives that women wearing niqab would not be allowed to enter the Syrian universities," one informed source told CBS News.

"The Minister has totally rejected this phenomena which contradicts with the academic values and traditional morals and ethics of the Syrian society," the source said, on condition his name would not be used.

"We will not leave our daughters a prey for extremist thoughts. The Syrians have always shown through history their awareness, understanding and the ability for confronting those bad habits," the source quoted Barakat, the Syrian Minister, as telling his top assistants.

The ban, which was not made public in state-run media, does not affect the hijab, or headscarf, which is favored by the vast majority of veiled Syrian women.

The pan-Arab Ba'ath party, which has ruled Syria since 1963, crushed an extremist movement in the 1980s after it launched a string of deadly attacks across the country.

Today the percentage of students wearing it is much higher, a phenomenon common in much of the Islamic world.

It is not expected that the orders have a chance of becoming law in Syria, though the country is now experiencing a dramatic religious resurgence, according to many analysts.

A new Islamic revivalism is evident among the hitherto moderates, a change clearly fueled by anger over pictures of the occupation of Iraq and violence in the Palestinian territories, beamed into peoples' homes every day.

Islam is a faith of many faces, from the Wahhabis to the Sufis, from Shiites to Sunnis. There are also secular Muslims, of whom there are many in Syria.

The majority of Syrians, of all different age groups, expressed support for getting niqabs and burqas not only out of schools and universities but out of all public places as well.

"Hijabs and niqabs have been a symbol of oppression and religious extremism over the past hundreds of years. They have been a tool used by fundamentalist men to repress women," said Ahmed, a 32-year-old engineer.

"It's unpleasant when you have to conduct a conversation with a woman [when] you can't see her face. You don't know whether she is smiling or sad, happy or angry . . . It is kind of scary, really," he adds.

When similar bans were introduced in Europe, they were widely criticized in the Middle East as discriminatory against Muslim immigrants. But many women's rights organizations in the region — and in Syria specifically — are staffed by secular activists who also share some of the government's fears of radicalization.

"I would like to thank the government for such a brave action. This ban should be applied in all public places. Sometimes, in certain neighborhoods, I feel as if I am walking in Tora Bora, not Damascus," comments Shadi Karim, a travel agent in his mid-40s.

One passer-by in the fancy Abu Roumaneh street said the burqa to him was like a "walking black ghost," while another simply said it had nothing to do with real Islam.

But Mohammed Saad was among those few who said he was against the government's ban, although he pointed out that his sisters do not wear either hijab or the burqa.

"I come from a secular family where you cannot see hijab in our gatherings but, I think, the ban is wrong as it touches personal freedom and certain way of expression," he said while entering the 5-star Four Seasons Hotel, hand-in-hand with his blond wife.