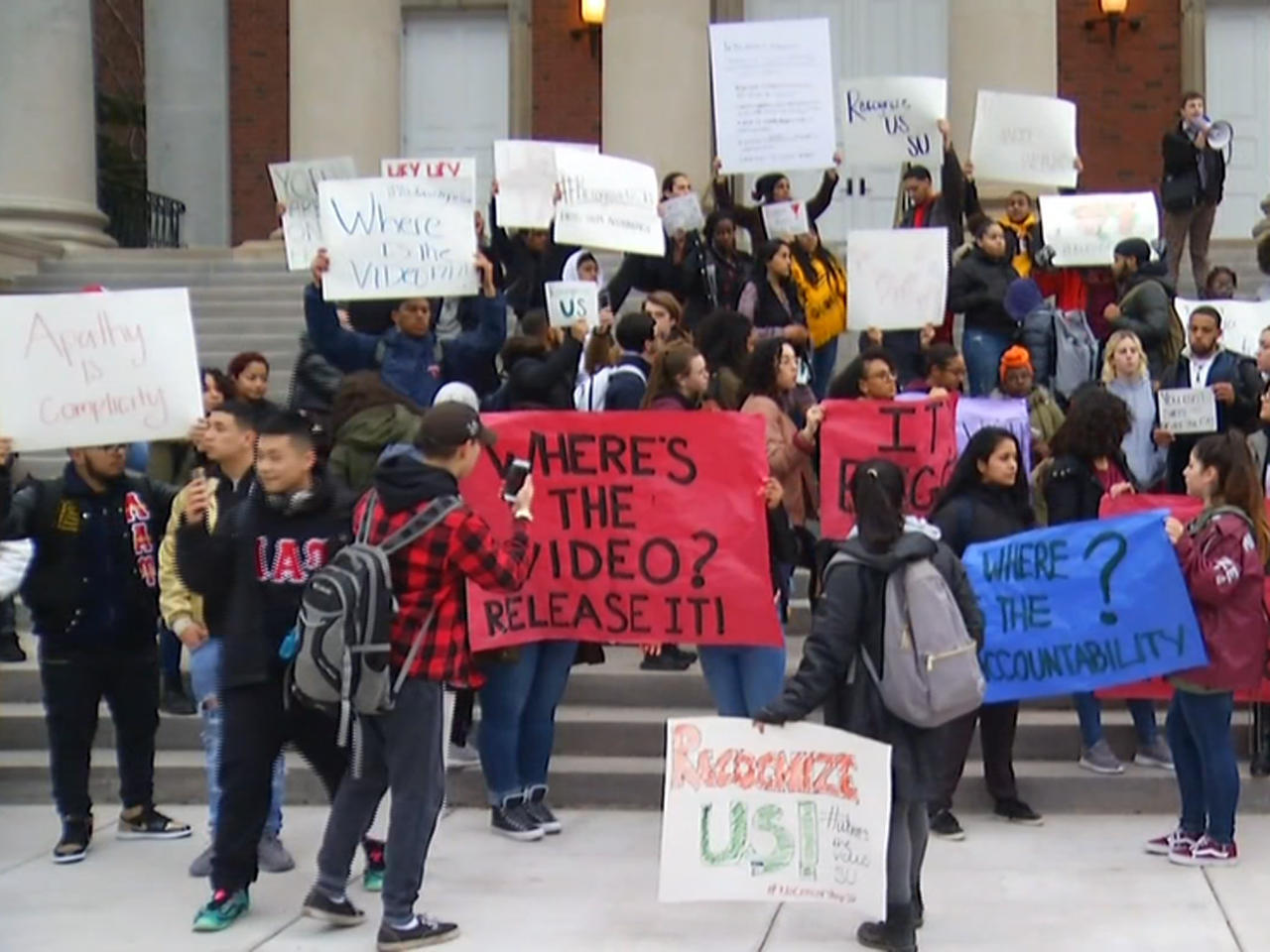 SYRACUSE, N.Y. -- Video showing a group of men laughing uproariously at performances punctuated by racist language against blacks, Jews and Hispanics and simulated sex acts has roiled the campus of Syracuse University, and a fraternity there has been suspended. Chancellor Ken Syverud said Wednesday that the school suspended Theta Tau, a professional engineering fraternity, for videos he described as racist, anti-Semitic, homophobic, sexist and hostile to people with disabilities.

Theta Tau's national organization said that it is investigating and that the behaviors described were not representative of its "very diverse organization."

Some students claim the videos illustrate larger issues of racism and sexism at Syracuse. The chancellor said the videos were turned over to the school's Department of Public Safety for possible disciplinary or legal action.

"I am appalled by this and deeply concerned for all members of our community," Syverud wrote in an email Wednesday. "The conduct is deeply harmful and contrary to the values and community standards we expect of our students"

The Daily Orange student newspaper posted a six-minute recording it said was one of several videos it had obtained. The newspaper said the recording was of a video made in the fraternity house and posted to a private Facebook group called "Tau of Theta Tau."

Syracuse University held a gathering Wednesday to promote "community dialogue" and about 100 people marched through the campus carrying signs and chanting. Concerned students walked to Hendricks Chapel on campus where university leaders talked about moving forward, and the school's response.

"We really can't have this kind of culture on campus, it's 2018 and everyone should be loving each other, and respecting each other," on student told CBS Syracuse affiliate WTVH-TV. "This is a university."

About 400 attended a three-hour discussion, venting frustrations over what they view as systemic racism and sexism at the school. The topics included a 2014 video that showed an SU women's soccer player directing racial and homophobic slurs at another person.

"This gives me a reason to stay here until they fix things," said junior Saumya Melwani, according to Syracuse.com.

The controversy in Syracuse erupted a day after California Polytechnic State University suspended all fraternities and sororities after photos surfaced showing fraternity members in blackface.