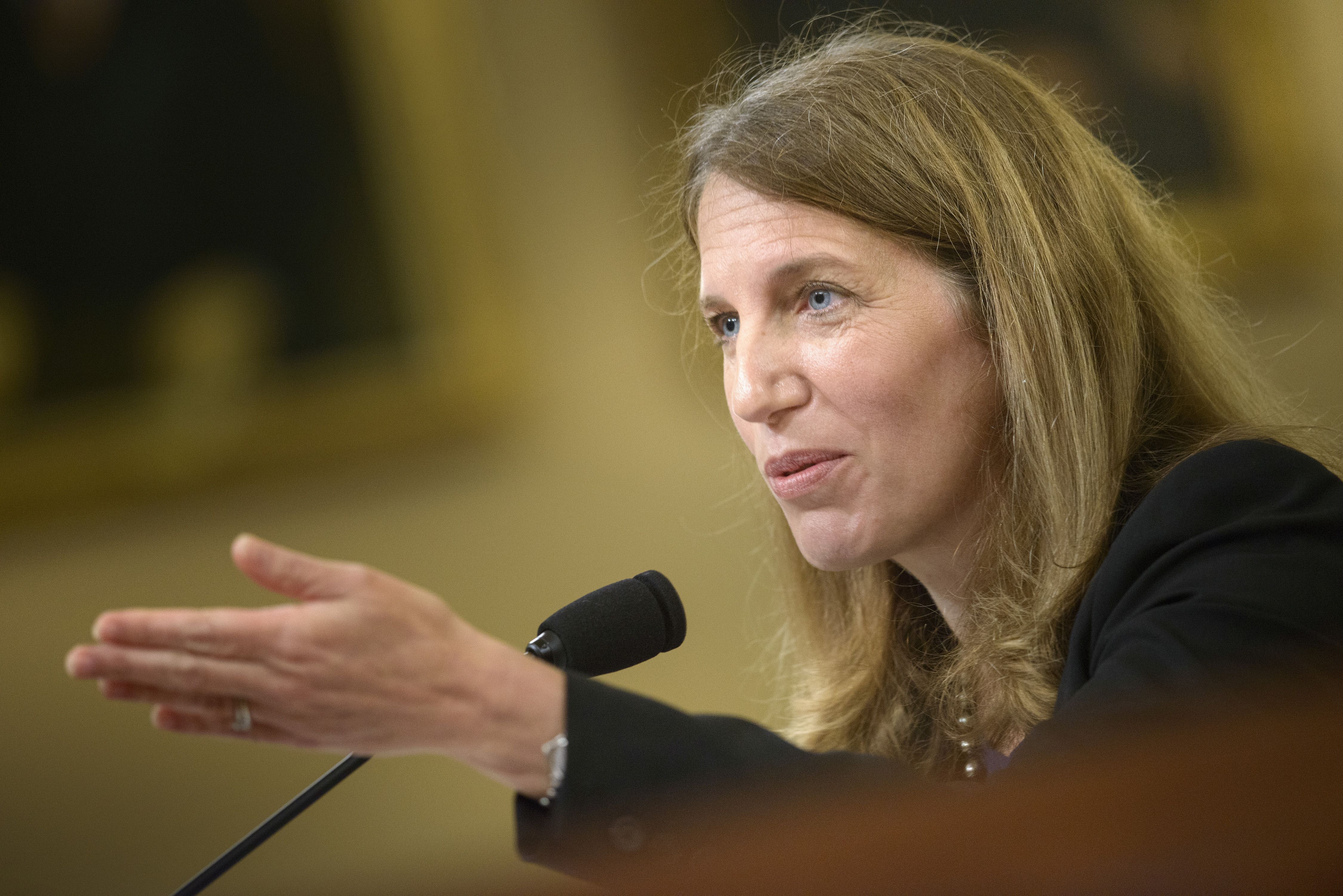 It will be up to Congress and the states to respond should the Supreme Court annul federal subsidies that are a cornerstone of President Obama's health care law, the administration's top health official told Congress on Wednesday.

In her remarks to the Republican-run House Ways and Means Committee, Health and Human Services Secretary Sylvia Burwell underscored the administration's effort to keep pressure on the GOP should that financial assistance be struck down. Republicans run Congress, and 26 of the 34 states likely to be most affected if the subsidies are voided have GOP governors.

Republicans pushed back, chiding the administration for a lack of cooperation, in a hearing that illustrated how Mr. Obama's 5-year-old law remains a partisan flashpoint, likely to reverberate through next year's presidential and congressional elections.

The Supreme Court is expected to rule this month on a suit by conservatives asserting that the subsidies that help millions afford health care are legal only in states running their own insurance market places.

In the 34 states using the federal HealthCare.gov website that are expected to be hardest hit if the aid is invalidated, 7.3 million people have signed up for coverage and made initial payments. Of those, about 88 percent- 6.4 million people - receive federal subsidies averaging $272 monthly.

Should the court annul the aid, "The critical decisions will sit with Congress, the states and governors to determine if those subsidies are available," Burwell said.

The subsidies are disbursed to recipients as tax credits. Should they be eliminated, millions of people could be forced to drop health coverage they'd find too expensive.

Committee Chairman Paul Ryan, R-Wisconsin, repeatedly asked Burwell if Mr. Obama would work with lawmakers to overhaul the law "or is he going to put concrete around his ankles and say, `My law or nothing?' "

Burwell said the administration "is going to do everything we can" to get ready to communicate and work with states.

She said if Congress sends Mr. Obama a law that improves "affordability, quality and access, we are open to those things."

Ryan also said recent efforts by insurers to boost premiums are the latest evidence that Obamacare "just doesn't work" and must be replaced.

"Whatever the Supreme Court decides this month, I think the lesson is clear. Obamacare is busted. It just doesn't work. And no quick fix can change this fact," said Ryan, his party's 2012 vice presidential candidate.

On Tuesday, Mr. Obama defended his lawand mocked the "unending Chicken Little warnings" from opponents about the law's fate.

A day earlier, the president acknowledged that if the Supreme Court annulled the subsidies, the law would be "hard to fix." He also criticized the court for even accepting the case in the first place, noting that Congress clearly never intended to make subsidies available for only parts of the country.

Like Burwell, Mr. Obama suggested that if the Supreme Court does upend the system of subsidies, "Congress could fix this whole thing with a one-sentence provision."

Some Republicans in Congress were quick to slam the president for suggesting they'd make that fix. However, top House and Senate Republicans have been working privately on legislation that would at least temporarily restore aid to those losing it. Their would also eliminate parts of the health overhaul, such as its requirement that companies insure workers - that would almost certainly draw a veto from Mr. Obama.

Republican lawmakers say they will unveil their plan once the justices rule, though there are no indications they have united behind a particular plan. They hope a Republican will inhabit the White House in 2017 so they can repeal the current law and enact one less expansive.