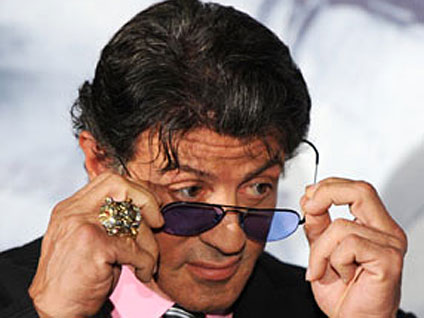 (CBS) Sylvester Stallone has reunited with his car after it was reportedly stolen out of his garage 17 years ago.

Pictures: Another round for Rocky

The 1950 Mercury was allegedly stolen back in 1994. TMZ reports that Stallone discovered in 2009 that the car was about to be auctioned off by a company that provides "on-camera vehicles." When Stallone asked the owner for his car back, the owner refused, according to the report.

The 64-year-old "Rocky" star did not accuse the company of stealing his car - he simply wanted it back - so he filed a lawsuit to regain possession.

Now, TMZ reports, Stallone has reached a settlement with the car company to regain ownership of the car. Details of the deal were not disclosed.

In the suit, according to the report, Stallone describes how he found his vehicle "by sheer fortuity" when he came across an online car auction that featured the same Mercury "Cobra" car. He goes on to express his shock toward the occurrence and that someone had the "temerity" to attempt to sell his car in public after Stallone reported it stolen.

The "iconic custom-built" Mercury was featured in the actor's film "Cobra." Stallone claimed in the suit that he designed the car to fit his role in the movie, and that the car is worth around $250,000.