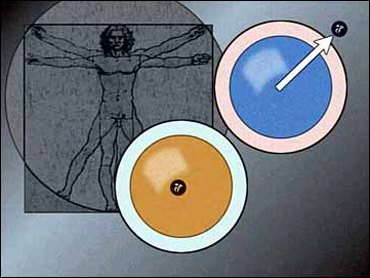 In an unusual fertility malpractice case, a California woman has won a $1- million settlement, after she was implanted with the wrong embryo. National Correspondent Hattie Kauffman explains.

After years of struggling with infertility, trying all of the latest medical techniques, Susan Buchweitz finally got her wish: a healthy baby boy.

But the child is now at the center of a bizarre custody and medical malpractice case.

"It's a nightmare," her lawyer, Nancy Hersh, says, "a total nightmare."

Buchweitz came to a clinic in San Francisco to be implanted with an embryo. On the same day, another couple was to be implanted. Their embryo was mistakenly placed in Buchweitz. Though the error was discovered in minutes, the truth didn't come out for 18 months.

"It's been very traumatic," Buchweitz says.

Both embryos used donor eggs. The couple's embryo was fertilized with the husband's sperm so he now has a biological tie to Buchweitz's baby.

Buchweitz says, "I was just shocked, I was shocked."

Hersh notes, "This doctor decided that he did not have to tell Susan Buchweitz what he had put in her body."

Buchweitz recalls, "He said a terrible mix-up has happened."

Dr. Katz would not consent to an interview. The California Medical Board has filed an accusation that he was "grossly negligent" and "incompetent in the practice of medicine."

Mahmoud Abouzeid, who represents the embryologist who worked side by side with Dr. Katz says, "My client immediately advised the physician of the mistake. The physician chose independently not to disclose the mistake to the patient.

Dr. Stanley Korenman, a medical ethicist, says, "In this case, they blew it." Doctors must tell patients the truth, he notes.

Dr. Stanley Korenman, of the UCLA School of Medicine says, "They were responsible to tell the patient right away and let her make her decision."

In a further complication, the other couple now wants custody of the boy.

Buchweitz says, "I thought being a single mom that in vitro, was, you know, an answer and a viable way to bring a child into the world."

Her biggest fear now, she says, is "that he will be hurt or harmed because of this."

For now, Buchweitz says the boy is doing well. "He has a unique story, and I just pray that he'll have the emotional fortitude to be OK through all of this," she says.

The other couple in the embryo mix up is also suing the doctor.