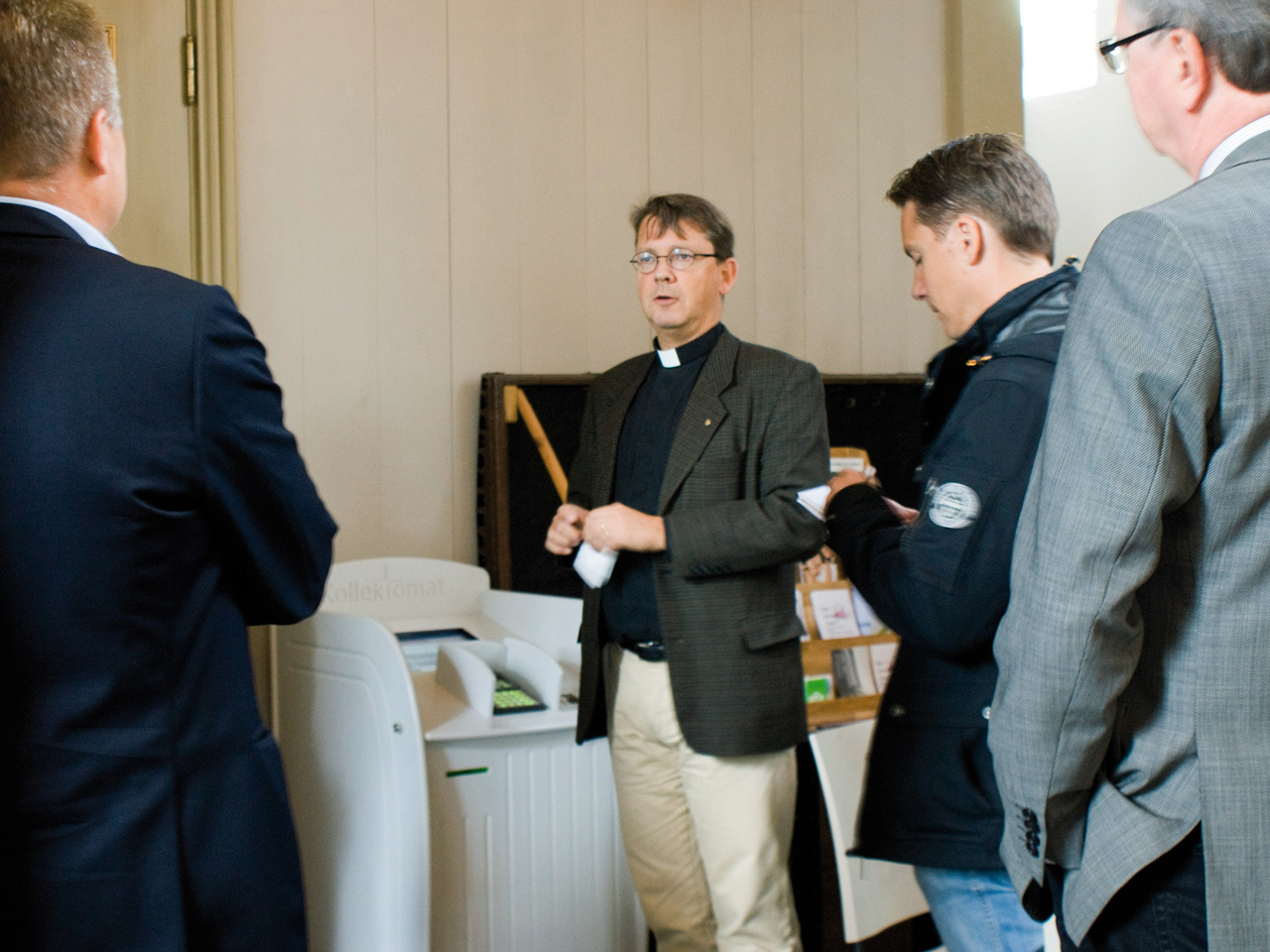 (AP) STOCKHOLM - Sweden was the first European country to introduce bank notes in 1661. Now it's come farther than most on the path toward getting rid of them.

"I can't see why we should be printing bank notes at all anymore," says Bjoern Ulvaeus, former member of 1970's pop group ABBA, and a vocal proponent for a world without cash.

The contours of such a society are starting to take shape in this high-tech nation, frustrating those who prefer coins and bills over digital money.

In most Swedish cities, public buses don't accept cash; tickets are prepaid or purchased with a cell phone text message. A small but growing number of businesses only take cards, and some bank offices — which make money on electronic transactions — have stopped handling cash altogether.

"There are towns where it isn't at all possible anymore to enter a bank and use cash," complains Curt Persson, chairman of Sweden's National Pensioners' Organization.

He says that's a problem for elderly people in rural areas who don't have credit cards or don't know how to use them to withdraw cash.

The decline of cash is noticeable even in houses of worship, like the Carl Gustaf Church in Karlshamn, southern Sweden, where Vicar Johan Tyrberg recently installed a card reader to make it easier for worshippers to make offerings.

"People came up to me several times and said they didn't have cash but would still like to donate money," Tyrberg says.

Bills and coins represent only 3 percent of Sweden's economy, compared to an average of 9 percent in the eurozone and 7 percent in the U.S., according to the Bank for International Settlements, an umbrella organization for the world's central banks.

Three percent is still too much if you ask Ulvaeus. A cashless society may seem like an odd cause for someone who made a fortune on "Money, Money, Money" and other ABBA hits, but for Ulvaeus it's a matter of security.

After his son was robbed for the third time he started advocating a faster transition to a fully digital economy, if only to make life harder for thieves.

The Swedish Bankers' Association says the shrinkage of the cash economy is already making an impact in crime statistics.

The number of bank robberies in Sweden plunged from 110 in 2008 to 16 in 2011 — the lowest level since it started keeping records 30 years ago. It says robberies of security transports are also down.

"Less cash in circulation makes things safer, both for the staff that handle cash, but also of course for the public," says Par Karlsson, a security expert at the organization.

The prevalence of electronic transactions — and the digital trail they generate — also helps explain why Sweden has less of a problem with graft than countries with a stronger cash culture, such as Italy or Greece, says economics professor Friedrich Schneider of the Johannes Kepler University in Austria.

"If people use more cards, they are less involved in shadow economy activities," says Schneider, an expert on underground economies.

In Italy — where cash has been a common means of avoiding value-added tax and hiding profits from the taxman — Prime Minister Mario Monti in December put forward measures to limit cash transactions to payments under euro1,000 ($1,300), down from euro2,500 before.

The flip side is the risk of cybercrimes. According to the Swedish National Council for Crime Prevention the number of computerized fraud cases, including skimming, surged to nearly 20,000 in 2011 from 3,304 in 2000.

Oscar Swartz, the founder of Sweden's first Internet provider, Banhof, says a digital economy also raises privacy issues because of the electronic trail of transactions. He supports the idea of phasing out cash, but says other anonymous payment methods need to be introduced instead.

"One should be able to send money and donate money to different organizations without being traced every time," he says.

It's no surprise that Sweden and other Nordic countries are at the forefront of this development, given their emphasis on technology and innovation.

For the second year in a row, Sweden ranked first in the Global Information Technology Report released at the World Economic Forum in January. The Economist Intelligence Unit also put Sweden top of its latest digital economy rankings, in 2010. Both rankings measure how far countries have come in integrating information and communication technologies in their economies.

Internet startups in Sweden and elsewhere are now hard at work developing payment and banking services for smartphones.

Swedish company iZettel has developed a device for small traders, similar to Square in the U.S., that plugs into the back of an iPhone to make it work like a credit card terminal. Sweden's biggest banks are expected to launch a joint service later this year that allows customers to transfer money between each other's accounts in real-time with their cell phones.

Most experts don't expect cash to disappear anytime soon, but that its proportion of the economy will continue to decline as such payment options become available. Before retiring as deputy governor of Sweden's central bank, Lars Nyberg said last year that cash will survive "like the crocodile, even though it may be forced to see its habitat gradually cut back."

Andrea Wramfelt, whose bowling alley in the southern city of Landskrona stopped accepting cash in 2010, makes a bolder prediction: She believes coins and notes will cease to exist in Sweden within 20 years.

"Personally I think this is what people should expect in the future," she says.

But there are pockets of resistance. Hanna Celik, whose family owns a newspaper kiosk in a Stockholm shopping mall, says the digital economy is all about banks seeking bigger earnings.

Celik says he gets charged about 5 Swedish kronor ($0.80) for every credit card transaction, and a law passed by the Swedish Parliament prevents him from passing on that charge to consumers.

"That stinks," he says. "For them (the banks), this is a very good way to earn a lot of money, that's what it's all about. They make huge profits."