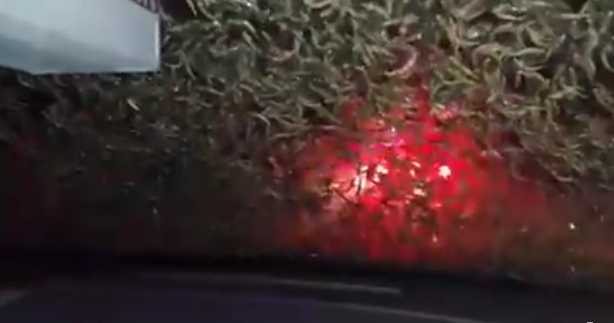 SABULA, Iowa -- Iowa highway crews had to plow a bridge crossing the Mississippi River because of ankle-deep mayflies that swarmed the span.

The Dubuque Telegraph Herald reports the insects on Saturday night swarmed to the Savannah-Sabula bridge, connecting Iowa and Illinois.

The bugs covered the bridge so thickly, and caused such slick conditions, that crews plowed the bugs off the lanes and then applied sand for traction.

Officials plan to keep bridge lights turned off for the next few weeks in hopes that the insects will be less attracted to the structure.

Mayflies, also known as fishflies and shadflies, emerge from freshwater and spend lives as short as 24 hours flying around and reproducing.