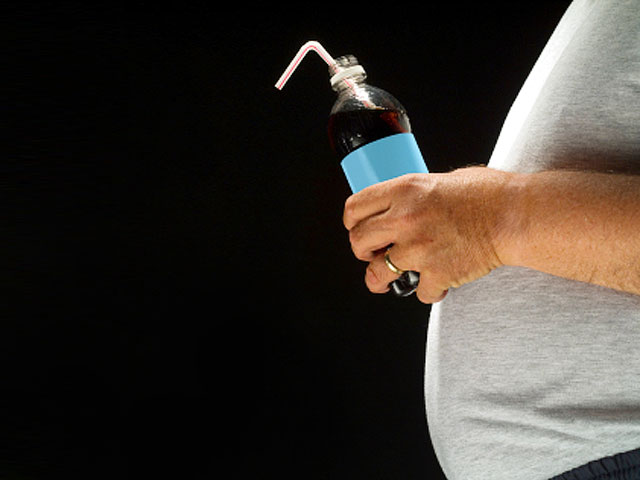 (CBS) Drinking soda makes you fat. That's what researchers and the health police have been hammering into our heads for years, but a new study has actually proven that ditching sugary drinks for diet versions or water will lead to weight loss.

For the six month study, published online in the Feb. 13 issue of the American Journal of Clinical Nutrition, researchers put 318 overweight or obese people into three groups: one in which participants switched from sugary beverages to diet drinks, a group in which participants switched to water, and in the last group, folks were educated by researchers about how making healthier choices could lead to weight loss.

What did the researchers find?

All three groups experienced small reductions in their weight - about 5 pounds on average - and waistlines. But participants who switched to calorie-free drinks and water were twice as likely to lose 5 percent or more of their body weight than people who were just educated on healthier choices.

What's more, people who switched to water had lower fasting glucose levels than their counterparts. The  weight loss percentage and change in glucose levels are important, according to the researchers, because those markers are associated with obesity-related chronic diseases like type 2 diabetes and heart disease.

"If this were done on a large scale, it could significantly reduce the increasing public health problem of obesity," study author Dr. Deborah Tate, associate professor of nutrition and health behavior at the University of North Carolina at Chapel Hill, said in a university written statement.

The study was funded by Nestle Waters.

Tate said switching to both water and diet sodas had benefits, but told Reuters, "For other health reasons, water might be better." She did say that people who really like the sweet flavor or caffeine from sodas may be more likely to stick to the change long-term by switching to diet drinks.

Other studies however have reported health risks from drinking diet soda. A study in June 2011 found drinking diet soda could actually trigger appetite and cause people to take in more calories elsewhere and gain weight, HealthPop reported.

A study last February found people who drank diet soda every day had a 60 percent higher risk of having a vascular even like a stroke or heart attack.