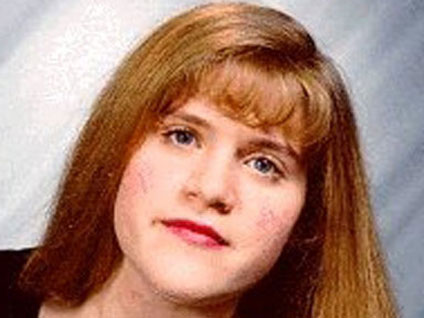 NEW YORK (CBS) Monday March 2, 1998, started out as a normal day for 19-year-old Suzanne Lyall. She went to class at the University of Albany and at 4 p.m., she got ready and left for work.

She spent the night at Babbages, a computer software company in the Crossgates Mall in Guilderland, NY. Suzy was a whiz on the home computer, at a time when the technology was still somewhat unusual.

She and her boyfriend, Richard Condon, would chat back and forth on their respective computers, and Richard had even wired their network so that he could access her computer remotely.

Around 9:30 p.m., Suzy left work and boarded a city bus to return to her dorm. At the University of Albany campus Collins Circle stop, Suzy got off the bus. A classmate who was waiting there said that there was no question in her mind that she saw Suzanne Lyall get off the bus.

The walk from the bus stop to Suzy's dorm took between three and five minutes to walk, but Suzy never made it there. The next morning, Suzy's boyfriend, Richard, got in touch with her parents to say that he couldn't get a hold of their daughter. Doug and Mary Lyall contacted campus police to report Suzy missing and called their daughter's credit card company.

The company informed the Lyall's that at approximately 4pm later that day, Suzy's debit card was used at a nearby convenience store ATM. The surveillance camera in the store did not cover the area in front of the ATM so police weren't able to tell who withdrew the money, a twenty dollar bill, but the correct personal identification number was entered at the machine. Richard Condon later told police that he and Suzy were the only people who knew that number.

New York State Police Senior Investigator John Camp said that there was one customer, an African-American male, who used the ATM at around the same time that they eventually located. After questioning this 'person of interest', Camp said that "the indication is that he was not involved," although they could not definitively rule him out.

Police have not named any suspects in Suzy's disappearance, but another person that the police have not been able to rule out is Richard Condon, Suzy's boyfriend. Richard and Suzy were an item since Suzy was in high school.

Suzy's mother, Mary Lyall, said that the relationship was not always a healthy one. "There were numerous times that Suzy tried to break up with him and he would get emotional and so she would stay." After Suzy's disappearance, Condon told police that he and Suzy were engaged, which, according to Mary Lyall, no one had known.

Condon and his family stopped cooperating with authorities shortly after Suzy went missing; he refused to take a polygraph and would not speak to police without his lawyer present.

Richard Condon did not respond to a CBS News' Crimesider request to speak with him. His mother, Donna, said that Richard is now married and is trying to move on with his life. She said she would not comment further on Suzy's disappearance.

Senior Investigator Camp said that he could not comment on Richard Condon or his involvement, because the case was ongoing. Camp also said that they are following up on prior leads and are actively investigating the case, though at this time they are not close to an arrest.

If you have any information on the disappearance of Suzy Lyall, please contact Senior Investigator John Camp at the New York State Police at 518-783-3212 or after hours at 518-783-3211.

Natasha Rudnick, who reported this article, came to CBS News after receiving a Masters degree in journalism from Columbia University and a Bachelor's degree in criminology from the University of Toronto. She's written for numerous publications. She currently lives in New York.