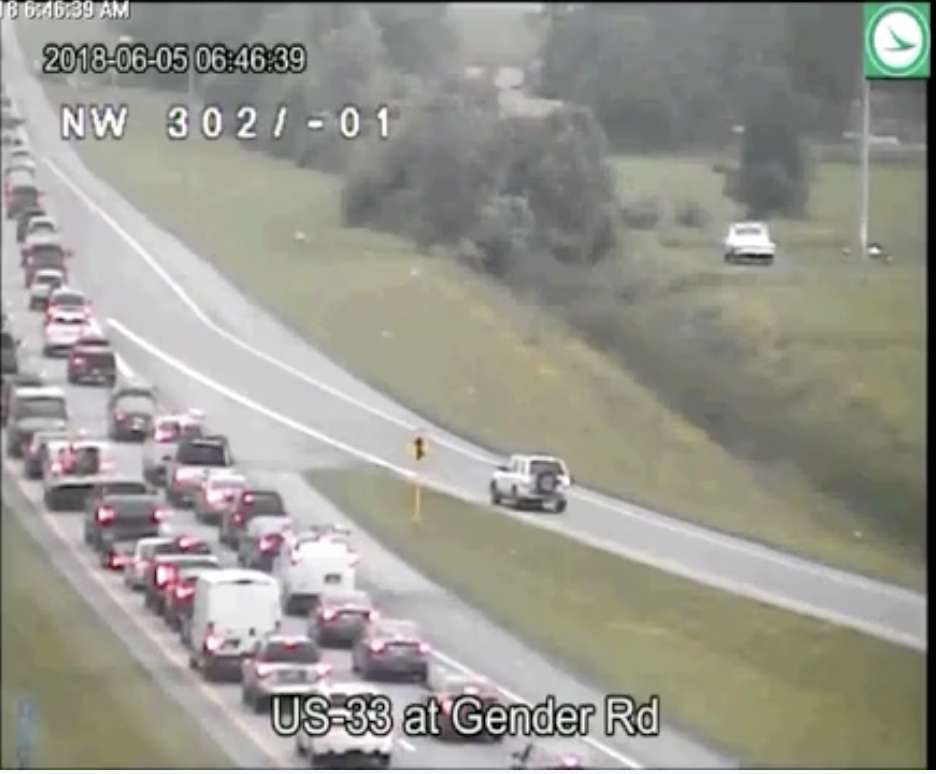 A driver in Canal Winchester, Ohio, appeared to find an unusual escape route in rush hour traffic on Tuesday. Video released by the Ohio Department of Transportation shows a white SUV sitting in bumper-to-bumper traffic on U.S. Route 33 near an entrance to the highway.

The video then shows the driver throw his car in reverse, cut across another lane of traffic, pull out onto the bottom of the entrance ramp and back up all the way to the top.

But what happened after the backwards escape has people puzzled. The driver of the SUV kept going and going -- never taking the car out of reverse. The video shows the SUV swerve off the highway ramp, pause briefly, and then resume driving backwards onto another road.

The Department of Transportation posted the video on YouTube with the notation, "What NOT To Do In Traffic."

The SUV stayed in its lane and kept pace with other traffic, suggesting the driver was in control, but since it never turned around some have wondered whether the car was stuck in reverse. After traveling backwards on the road for a while longer, the driver backed around a corner and into a parking lot, still going in reverse.

Nobody was injured in the incident, Ohio Department of Transportation says. It is still unclear why the driver stayed in reverse and if it was done intentionally.