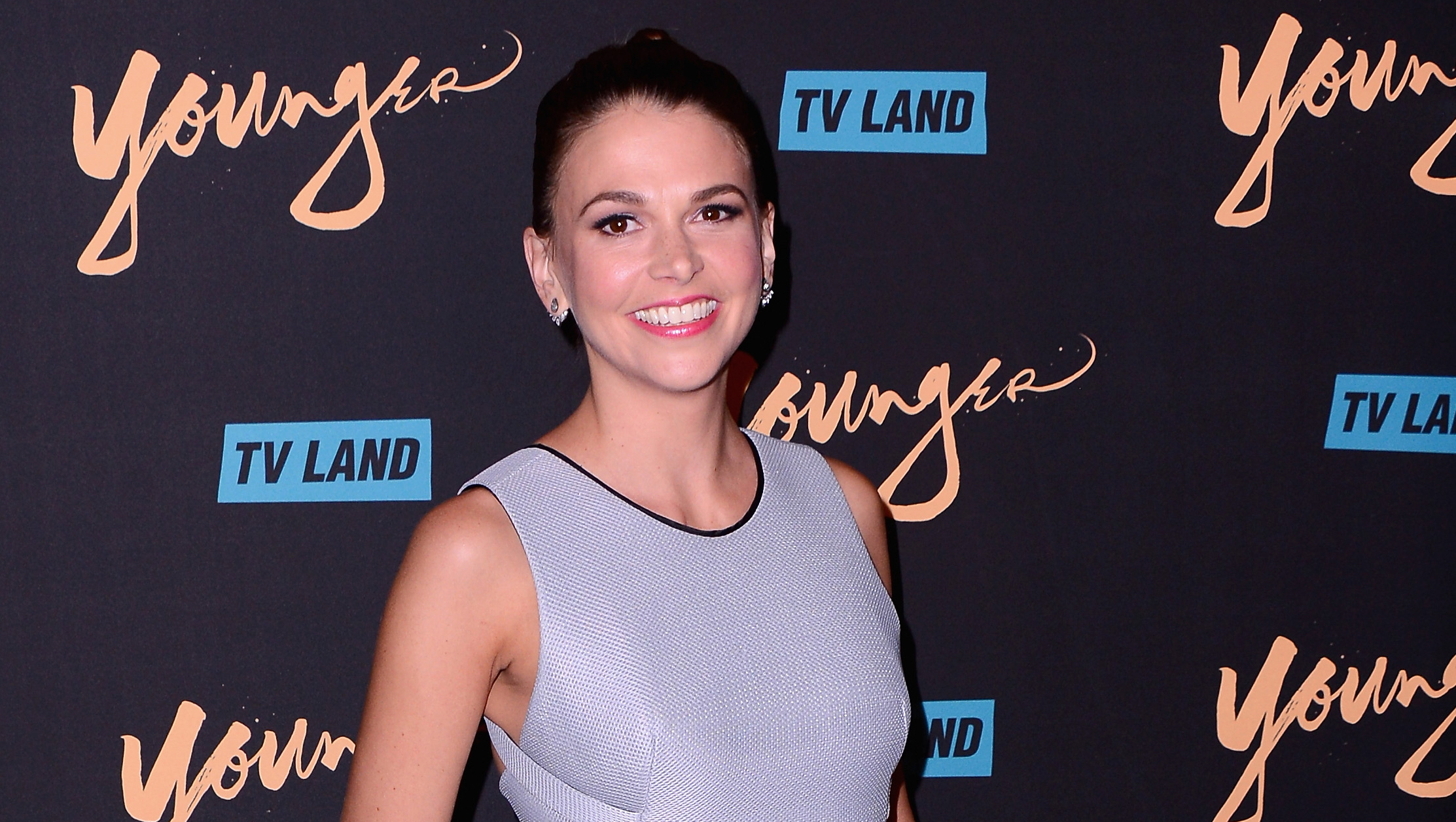 Sutton Foster has graced the Broadway stage in plenty of big productions -- from "Thoroughly Modern Millie" to "Anything Goes."

She landed her first role on Broadway as an understudy for Sandy in "Grease" in 1996, and has been on the theater circuit ever since. It's at the heart of Foster career -- one that's also featured appearances on TV, including a starring role in the 2012 ABC Family drama "Bunheads."

When the idea of "Younger," TV Land's new series, came across the Tony Award-winner's desk, she jumped at it for one main reason: It seemed fun.

The show follows 40-year-old Liza (played by Foster), a single mother who tries to get back into the working world, only to find out it's nearly impossible to start at the bottom at her age.

"So many topics have come up -- about ageism, aging and getting older. When I read it, in my little naive brain I was like, 'Oh this would be fun!' I just thought it would be great to relive my 20s in a safe TV format...I -- Sutton -- don't have any desire to go back to my 20s...In my 20s I was such a flailing sloppy mess. I have no desire to go back there. But this format -- it's kind of fun," said the 40-year-old actress.

In the series, Liza takes a hip job as a social media editor (she lies about her age to get the gig) -- and takes up with a younger, hot guy.

"It's always nerve-wracking when you unleash something to the masses and see how people respond. I'm so thrilled that people are responding so positively...That's what you hope for," said Foster. "We sort of fell in love with the show and loved filming it."

Sutton, who has seen all of season 1, says she's so proud of the show.

"I'm just excited for audiences to see what we've done. I think that it's really fun and really special," she said.

"Younger" comes from "Sex and the City" creator Darren Star, who was also behind TV hits "Melrose Place" and "Beverly Hills, 90210." Sutton says he was very involved in the entire process -- from writing scripts to the actual filming.

"He was there the whole time. He sets the tone of the whole show. He was integral for every single episode," Sutton said.

"I remember coming home and saying to my husband, 'I get along with everybody!' We all genuinely like each other," she said, adding, "You never know because we're all very different. And I'm in the center of the wheel because my character has relationships with Maggie, Chelsea and with Diana. And in the pilot, they don't really know each other yet."

As opposed to working on a long-running theater production, with TV, each episode is different. It's an aspect that Sutton has really grown to like.

"With TV there's an opportunity every day to do something new, and that's exciting. And you get to play a character that keeps growing. In theater you tell the same story every day and your character has point A to point B and that's it."

Last year, Sutton dove deep into the role of Violet in the Broadway musical of the same name, which told the story of a young disfigured woman who embarks on a journey by bus from her farm in Spruce Pine, North Carolina, all the way to Tulsa, Oklahoma, in order to be healed.

Sutton says of all the theater parts she's played, Violet was probably one of her favorites.

"She was complicated and messy and I was very challenged by her. She probably taught me most about myself....I probably revealed more of myself in that role than any other," she said. "I was probably the most exposed, the more vulnerable. Even all of the nasty sides of myself. It was interesting to be onstage -- and it wasn't all shiny and sequins. It was raw and vulnerable."

Meanwhile, Sutton has been spending the past few months performing concerts and doing symphony work. She also wed screenwriter Ted Griffin in October.

"I'm spending a lot of time playing the role of wife. I'm really trying to enjoy married life," she said.

Meanwhile, she's "hoping and and praying" for a season 2 of "Younger."

"I'm finding both [TV and theater] incredibly fulfilling, so I hope I can have a career in both," said Sutton.