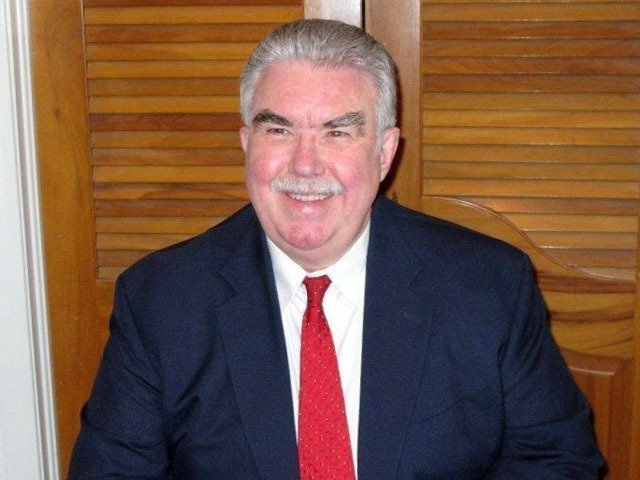 KAUFMAN, Texas Suspicion in the slayings of a Texas district attorney and his wife shifted Monday to a violent white supremacist prison gang that was the focus of a December law enforcement bulletin warning that its members might try to attack police or prosecutors.

The weekend deaths of Kaufman County District Attorney Mike McLelland and his wife, who were found fatally shot in their home, were especially jarring because they happened just a couple of months after one of the county's assistant district attorneys, Mark Hasse, was killed near his courthouse office.

Police haven't revealed if they've found a connection between the two slayings, but sources tell CBS News correspondent John Miller, a veteran of the NYPD, LAPD and FBI, that they're looking into cases McLelland and Hasse worked on together.

One of the biggest involved the Aryan Brotherhood, a prison-based white supremacist gang.

"(Investigators) are looking at people who were involved with both prosecutors in trials and people who thought they were wrongly convicted -- people who would have the mans, motive and opportunity, that motive being a grudge against the D.A.'s office," Miller said.

And less than two weeks ago, Colorado's prison chief was shot to death at his front door, apparently by a white supremacist ex-convict who died in a shootout with deputies after fleeing to Texas.

The Aryan Brotherhood of Texas has been in the state's prison system since the 1980s, when it began as a white supremacist gang that protected its members and ran illegal activities, including drug distribution, according to Terry Pelz, a former Texas prison warden and expert on the gang.

The group, which has a long history of violence and retribution, is now believed to have more than 4,000 members in and out of prison who deal in a variety of criminal enterprises, including prostitution, robbery and murder.

It has a paramilitary structure with five factions around the state, Pelz said. Each faction has a general, who is part of a steering committee known as the "Wheel," which controls all criminal aspects of the gang, according to court papers.

Four top leaders of the group were indicted in October for crimes ranging from murder to drug trafficking. Two months later, authorities issued the bulletin warning that the gang might try to retaliate against law enforcement for the investigation that also led to the arrest of 30 other members.

Hasse's death on Jan. 31 came the same day as the first guilty pleas were entered in the indictment. No arrests have been made in his killing.

McLelland was part of a multi-agency task force that investigated the Aryan Brotherhood with help from the FBI, the Drug Enforcement Administration and police in Houston and Fort Worth.

McLelland and his wife, Cynthia, were found shot to death Saturday in their rural home just outside the town of Forney, about 20 miles from Dallas.

Detectives have declined to say if the Aryan Brotherhood is the focus of their investigation, but the state Department of Public Safety bulletin warned that the group is "involved in issuing orders to inflict 'mass casualties or death' to law enforcement officials involved in the recent case."

Killing law enforcement representatives would be uncharacteristic of the group, Pelz said.

"They don't go around killing officials," he said. "They don't draw heat upon themselves."

But Pelz, who worked in the Texas prison system for 21 years, said the gang has a history of threatening officials and of killing its own members or rivals.

Some of the attempted murders in the indictment involved gang members who were targeted for not following orders or rules or who were believed to be cooperating with law enforcement. The indictment also alleges that gang members discussed killing a police officer in 2008 and allegedly ordered a subordinate gang member to kill a prospect "and to return the victim's severed finger as a trophy."

Meanwhile, law enforcement agencies throughout Texas were on high alert, and steps were being taken to better protect DAs and their staffs.

In Kaufman County, deputies escorted some employees into the courthouse Monday after the slayings stirred fears that other public employees could be targeted. Law enforcement officers were seen patrolling outside the courthouse, one holding a semi-automatic weapon, while others walked around inside.

Over the last century, 14 prosecutors have been killed in the U.S., according to news reports and statistics kept by the National District Attorneys Association.

Deputies were called to the McLelland home by relatives and friends who had been unable to reach the pair, according to a search warrant affidavit. When they arrived, investigators found the couple had been shot multiple times. Cartridge casings were scattered near their bodies, the affidavit said.

Authorities have not discussed a motive.

The slayings also called to mind the death of Colorado's corrections director, Tom Clements, who was killed March 19 when he answered the doorbell at his home outside Colorado Springs. Two days later, Evan Spencer Ebel, a white supremacist and former Colorado inmate suspected of shooting Clements, died in a shootout about 100 miles from Kaufman. On Monday, judicial officials acknowledged Ebel was freed four years early because of a paperwork error.

In an Associated Press interview shortly after the Colorado killing, McLelland himself raised the possibility that Hasse was gunned down by a white supremacist gang.

After that attack, McLelland said, he carried a gun everywhere around town, even when walking his dog. He figured assassins were more likely to try to attack him outside. He said he had warned all his employees to be constantly on the alert.