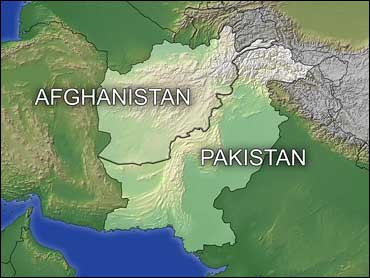 A suspected U.S. missile strike killed two Arabs and three other people in northwest Pakistan late Sunday, intelligence officials said, in the latest in a barrage of American attacks on suspected militant targets in the region.

Pakistan's border region with Afghanistan is home to scores of al Qaeda and Taliban militants and the United States is pressing Islamabad to do more to fight them. The remote lawless area is believed to be a likely hiding place for al Qaeda leader Osama bin Laden.

Since last year, Washington has stepped up attacks by unmanned planes believed launched from bases in Afghanistan. It rarely acknowledges carrying out the attacks, which have killed many militants but angered Pakistan's government.

The identities of those killed in Sunday's attack were not immediately known, two intelligence officials said.

It took place in Chota Janikhel village close to Bannu town, they said on condition of anonymity because they were not authorized to speak to the media.

Last Thursday, up to 22 suspected militants were killed in a strike in a separate part of the region.

There have been about three dozen suspected U.S. attacks close to the Afghan border since last year.

Pakistan's government publicly protests the raids as violations of its sovereignty and says the anger generated by them undercuts its efforts to battle extremism. Still, top civilian and military officials are widely believed to have a deal with Washington allowing them.