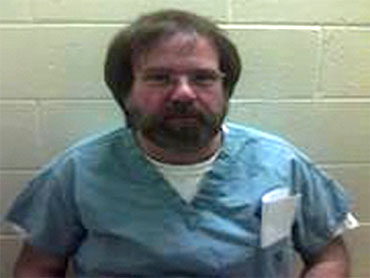 Delaware's medical licensing board failed to conduct its own investigation of a suspected pedophile pediatrician 16 years ago after learning that Pennsylvania authorities were told he fondled a young patient, according to a report released Monday by the state attorney general's office.

The fondling allegation was investigated by the Pennsylvania licensing officials and Philadelphia police, but no action was taken against Earl Bradley. He was arrested in Delaware in December and is charged with molesting more than 100 of his patients over the past decade.

Delaware Department of Justice officials said the Board of Medical Practice broke state law by not investigating after learning in June 1994 of the Pennsylvania case.

"There is strong evidence in the record that the board did basically nothing with that information, because when Pennsylvania closed its file, Delaware did as well," said Charles Butler, the state's chief deputy attorney general.

The report also found a state medical society, individual doctors and the state Justice Department itself violated state law by not reporting separate instances of unprofessional behavior to the licensing board. Those who don't comply with the reporting law are normally subject to fines, but Butler said no one will face penalties because too much time has passed.

"As you well know, since the alleged infraction occurred in Pennsylvania, we were unable to do our own investigation," Dr. E. Wayne Martz, executive director of the Delaware board, wrote in 1995 to a government attorney handling the Pennsylvania case. "We relied on you, and you came through for us."

In addition to failing to investigate Bradley in 1994, the medical board also didn't act on a 2005 telephone complaint by Milford police after they were unable to prosecute Bradley on allegations he improperly touched a three-year-old patient, Butler said.

James Collins, director of the Division of Professional Regulation that oversees the Board of Medical Practice, did not immediately return a call seeking comment. Collins has said previously that the division didn't receive any complaints about Bradley until his arrest.

The medical society, for example, didn't report complaints from Bradley's own sister in 2004 about his mood swings, poor hygiene and other strange behavior, even though the society's physicians health committee suggested such action.

Even if the society had reported Bradley, Butler said it's possible that, under the current law, the licensing board would have kicked the matter back to the society to investigate on its own.

Officials with the medical society - which has cited a garbled fax from Bradley's sister as the reason it never knew of her allegation that he also was inappropriately touching patients - did not immediately respond Monday to telephone and e-mails messages.

Beebe Hospital, meanwhile, failed to report Bradley in 1996 and 1998 after receiving complaints about him kissing and taking pictures of patients, requiring only girls to be naked during sports physicals, and conducting a gynecological exam on a girl against her mother's wishes. The hospital also failed to notify the board in 2005 that it had temporarily required a chaperone to accompany Bradley on his hospital rounds, a change in privileges that should have been reported.

A spokesman for Beebe said the hospital would issue a statement after officials read the report.