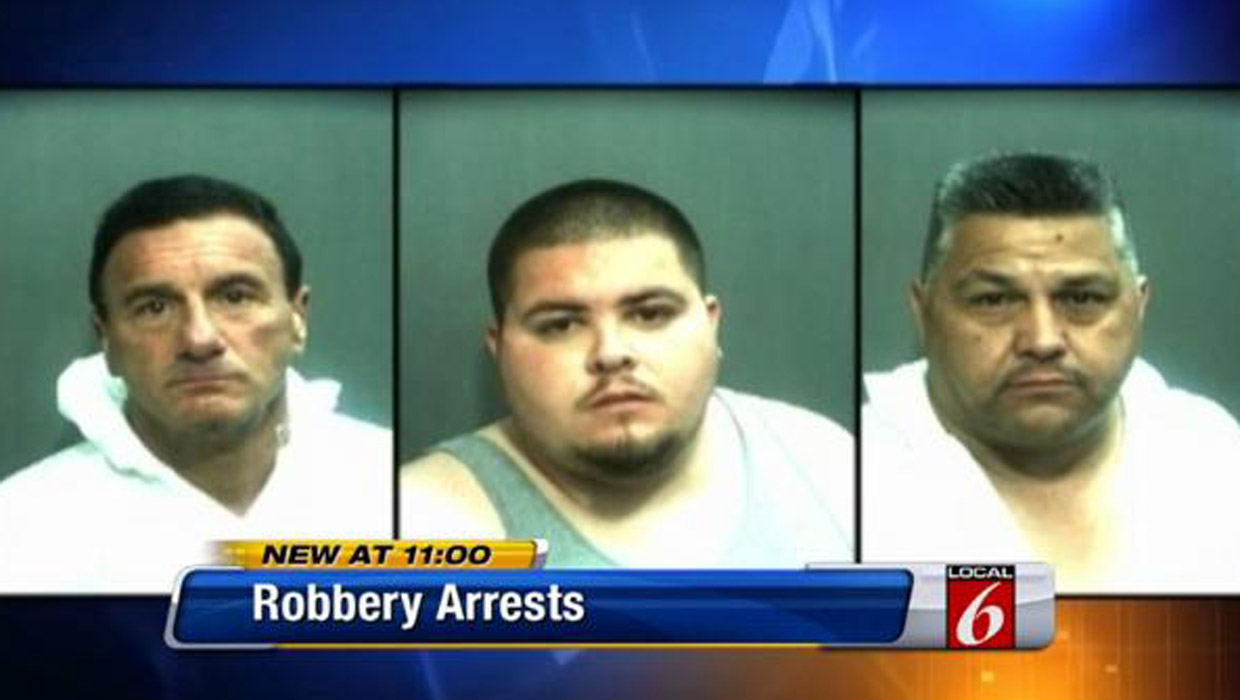 ORLANDO, Fla. - Authorities are examining whether a trio of robbers arrested in Orlando are responsible for other robberies in the area and in Collier County.

The three men were arrested late Monday night as they were cutting a hole in a chain-link fence around a million-dollar mansion in Orlando that once belonged to 'N SYNC member Joey Fatone. CBS affiliate WKMG reports each man had a backpack containing zip ties, duct tape and guns, according to deputies.

Jonathan Contreras, 27, and Frank Bower, 54, were charged with attempted armed burglary with a firearm. Andres Perez, 45, was charged with burglary and resisting without violence.

Police officers said the suspects were dressed in black clothing, black shoes, black gloves and black masks similar to those worn by robbers who dressed like ninjas during a mansion robbery in nearby Windermere earlier this month.

Authorities told WKMG that the investigation is active and ongoing.