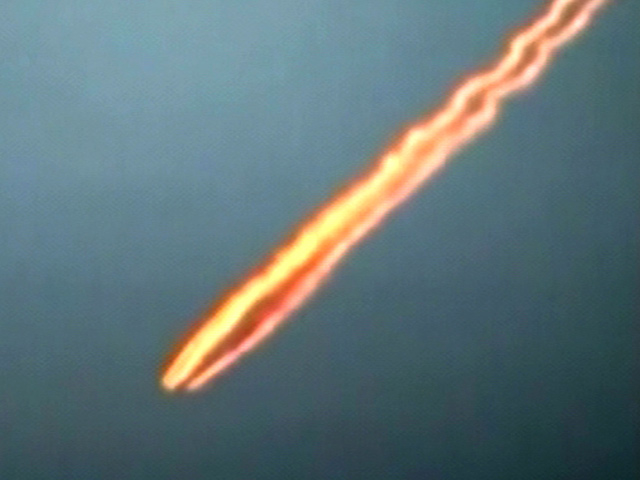 A suspected meteorite streaked across the Peruvian sky over the ancient city of Cusco on Thursday.

Residents were surprised to see the object shooting across the horizon around 2 p.m. local time.

A meteorite is a natural object from space that survives impact with the Earth's surface.

Local officials were trying to determine where the suspected meteorite may have landed.

Cusco is a city on the Andes mountain in southeastern Peru. It is a major tourist attraction and was the capital of the ancient Inca empire.