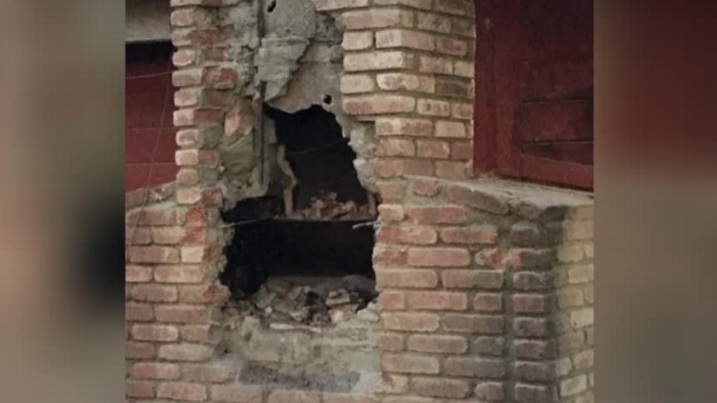 FRESNO, Calif. -- Authorities say a suspected burglar who became stuck in the chimney of a Central California home died after the homeowner lit a fire in the fireplace.

Authorities said a homeowner in the rural town of Huron heard someone scream after lighting a fire in his fireplace Saturday afternoon and alerted authorities.

"He had tried to light a fire in his fireplace and he had heard somebody calling out for help in the chimney," said Jake Jensen with the Fresno County Sheriffs Office to CBS affiliate KGPE.

"Don't have any idea how long he had been in there, the homeowner noticed some of his stuff had been rummaged through," said Jensen to KGPE. "He thinks the guy did get into the chimney last night."

When the homeowner realized a person was stuck in the chimney, he extinguished the fire.

Lt. Brandon Pursell said Caldwell was responsive when firefighters smashed the chimney to get him out, but when they got to the young man he died.

Deputies told KGPE that there had been other break-in's in the neighborhood recently, but they didn't know if the suspect was responsible for those crimes.

"I've been a deputy for 17 years now and I've never seen anything like this," said Jensen.