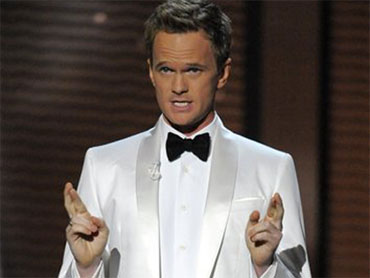 The Scud-carrying freighter stopped in the Arabian Sea was on its way on to Yemen Wednesday, Yemeni officials said, apparently ending a brief standoff over the fate of the ship.

Earlier, forces from the amphibious assault ship USS Nassau were aboard the detained vessel awaiting orders on what to do with it and the weapons while the Yemeni and U.S. governments consulted, Pentagon officials said. Normally in a sea interdiction, the cargo would be taken off the vessel and the crew allowed to take the ship on its way, they said.

Two Spanish vessels working as part of the U.S.-led Operation Enduring Freedom stopped the unflagged ship "Sosan" Monday about 600 miles east of the Horn of Africa. The Spaniards called U.S. authorities for assistance, then stopped and boarded the ship after its crew refused to identify themselves. The North Korean captain claimed he carried only cement, but the Scuds were found after a brief search.

CBS News Correspondent Bob Orr reports that Yemen and a number of other countries in the region have Scuds — the same type of medium range missiles that Iraq fired into Israel and Saudi Arabia during the Gulf War.

Yemen has been a harbor to al Qaeda and other terrorists, but U.S. officials say the al Qaeda, in its present state, does not have the ability to conceal, store or use such weapons.

The ship contained about a dozen short- to medium-range missiles, similar to the Scud missiles used by Iraq in the Persian Gulf War, U.S. officials said. It also contained missile parts. Sources tell CBS News no launchers were found on the ship.

The ship was being held in the area while the search continued and as U.S. experts made sure that any explosive materials were neutralized, U.S. officials said.

U.S. officials said the shipment of missiles and missile parts violates an agreement Yemen made with the United States not to buy such equipment from North Korea, which Secretary of Defense Donald H. Rumsfeld has called the worst missile proliferator in the world.

A Yemeni official told The Associated Press in San'a that Foreign Minister Abu Bakr al-Kerbi summoned U.S. Ambassador Edmund J. Hull to protest the seizure and ask for the return of the equipment, which was planned for "defensive purposes."

White House spokesman Scott McClellan, asked if the United States objects to such a missile transaction between Yemen and North Korea, said only that "we are now discussing with Yemen what the next steps to take are."

"I don't want to get into jumping into conclusions at this point," McClellan said. He added, "Yemen has been a friend and partner in the global war on terrorism."

The Bush administration in August imposed sanctions on the North Korean company Changgwang Sinyong Corp. for selling Scud missile parts to Yemen. At that time, U.S. authorities asked Yemen why it bought the parts, and that country apologized and promised not to do so again, two defense officials said Wednesday.

The United States and other countries interested in preventing proliferation of weapons of mass destruction have banded together under the Missile Technology Control Regime to try to discourage exports of such technology.

Under the U.S. sanctions, Changgwang Sinyong Corp. will be barred for two years from obtaining new individual export licenses through the Commerce or State departments for any controlled MTCR items. The sanctions have little practical effect, one official said, because there is so little commerce between the United States and North Korea. But official said they reinforce Bush's message that North Korea spreads dangerous technology.

U.S. naval forces in the Indian Ocean took charge the ship on Wednesday, Spanish Defense Minister Federico Trillo said in Madrid. Trillo declined to speculate on the planned destination of the freighter or on the buyer of the weapons. He said only that the ship was headed for a port in the Middle East.

U.S. authorities who had been monitoring the ship quickly boarded the vessel after it was halted about 600 off the Horn of Africa.

North Korea was officially silent about the interception but said it had the right to develop weapons to defend itself.

"It is necessary to heighten vigilance against the U.S. strategy for world supremacy and 'anti-terrorism war,"' the North's official newspaper, Rodong Sinmun, said in an editorial. "All countries are called upon to build self-reliant military power by their own efforts."

Yemen has been a nominal ally in the global war on terrorism despite strained relations with Washington. Yemen is Osama bin Laden's ancestral homeland, was the site of the bombing of a U.S. warship and has vast lawless areas where al Qaeda members and other terrorists are believed to hide out.

The United States is mustering international pressure to force North Korea, which Mr. Bush designated as an "axis of evil" country, to abandon its nuclear weapons program.

Pyongyang has been under fire from the international community after it was revealed in October that it had a nuclear weapons program in violation of a 1994 agreement with the United States.

That accord called for the country to freeze and eventually dismantle its nuclear weapons program in exchange for international aid to build two nuclear power plants.

The United States, with backing from Japan, South Korea and the European Union, decided to punish North Korea by suspending free fuel oil shipments from December.