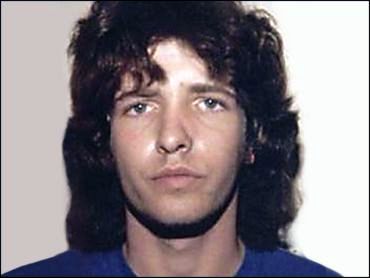 The suspect in the prison cell slaying of defrocked pedophile priest John Geoghan hated homosexuals and planned the killing weeks in advance, a prosecutor said Monday.

Druce "has a longstanding phobia, it appears, toward homosexuals of any kind. ... He is filled with longstanding hate," Conte said at a news conference in Worcester.

Druce is serving a life term for killing a gay man 15 years ago.

Geoghan, 68, was killed Saturday in his cell while serving a nine-to 10-year sentence for assault and battery on a 10-year-old boy. He'd been in protective custody since being transferred to Souza-Baranowski in April, officials said.

The former priest was accused of molesting nearly 150 boys over three decades and became a catalyst for the clergy sex abuse scandal that shook the foundations of the Roman Catholic Church.

Conte said Druce had confessed to the crime. Asked if Druce seemed proud of having killed Geoghan, Conte replied: "Absolutely. No question about that."

He also said authorities would investigate why the safeguards supposed to be in place for inmates in protective custody weren't enough to save Geoghan.

Druce entered Geoghan's cell undetected some time before the cell block was closed at 11:52 a.m. Saturday, Conte said. He jammed the book into the track of the cell door to prevent guards from opening the door. He had precut the book to fit into the track, Conte said.

Druce then tied Geoghan's hands behind his back with a T-shirt and used socks, which he had been stretching for some time, Conte said. He also brought in a razor "to do further harm" but wound up not using it, Conte said.

The guard on duty tried to respond, but found the door was jammed. By the time a nurse arrived to treat Geoghan, seven or eight minutes had passed, Conte said. Geoghan was taken to Leominster Hospital, where he was pronounced dead at 1:17 p.m. An autopsy found he died of strangulation and blunt chest trauma, and suffered broken ribs and punctured lungs, Conte said.

"No question he had been planning (the attack) for well over a month," Conte said of Druce, who he said has been very cooperative with investigators.

Gov. Mitt Romney on Monday appointed a panel to conduct an independent investigation into the death.

"We cannot escape the fact that an inmate died while in the care of the Department of Correction," state Public Safety Secretary Ed Flynn said.

Druce, 37, was convicted in the June 1988 murder of George Rollo, 51, a gay bus driver who had picked Druce up hitchhiking.

According to court documents, a fellow hitchhiker told investigators that Druce, who then went by his birth name, Darrin E. Smiledge, attacked the bus driver when Rollo made a sexual advance. An insanity defense failed and Smiledge was sentenced to life in prison.

In prison, Druce has been nothing but trouble, reports CBS News Correspondent Jim Acosta. A self-proclaimed neo-Nazi, he once mailed his own feces to the state's attorney general, and just two years ago he sent anthrax hoax letters to lawyers with Jewish last names.

"He's never going to hurt anybody again, and at the same time, he still had a lot of penance to do on Earth," said Michael Linscott, 45, who says he was abused by Geoghan from 1967 to 1972.

Linscott said at first he felt that Geoghan had gotten what he deserved, but then he thought about Geoghan's upcoming abuse trials.

"There was one moment of that kind of a feeling, but then I thought about the victims that are still here that he would have to face had he lived," he said on CBS News' The Early Show. "In my opinion, he got off the easy way."

"I think people in their more calm and balanced state of mind will realize that the state is responsible for executing justice and this is not justice," Boston College theology professor Stephen Pope told CBS News.

Geoghan's abuses cut a wide swath through parishes in the Boston Archdiocese — and he came to symbolize the horrors of pedophile priests and the exhaustive steps church hierarchy would take to keep the allegations under wraps.

"Geoghan personified the pedophile priest," said Jim Post, president of Voice of the Faithful, a lay reform group formed in the wake of the abuse scandal.

Molestation scandals had hit the church in America for nearly two decades, with notorious cases involving priests and dioceses in Lafayette, La., in 1984; Fall River, Mass., in 1992; and Dallas in 1993.

But in January 2002, the church's role in the handling of priests, long sealed in the courts, first came to light when a judge ordered the release of documents in Geoghan's civil cases.

They showed that Geoghan, who was ordained in 1962, continually had been allowed to return to pastoral service, despite mounting evidence of compulsive pedophilia.

"It was the first time objective evidence was produced to show that the Archdiocese of Boston, through its supervisors, allowed the abuse to continue," said attorney Mitchell Garabedian, who represents more than 200 alleged victims of Geoghan and other clergy.

Geoghan eventually was granted early retirement in 1996 and praised for an "effective life of ministry, sadly impaired by illness" by Cardinal Bernard Law, who ultimately resigned in December 2002 for his role in the scandal.

With legal troubles mounting, Geoghan was defrocked in 1998, and in December 1999 charged with raping and molesting three boys. The archdiocese eventually settled with 86 Geoghan victims for $10 million.