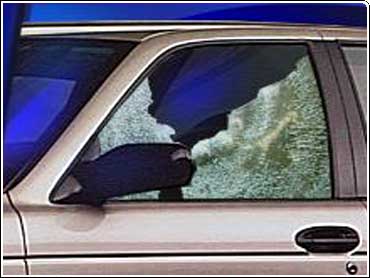 (CBS/AP) WASHINGTON, Pa. - When police in Canonsburg, Pa. went looking for the person who stole a car on Aug. 11 they didn't find him as fast as they might have...because they didn't look in the county jail.

Canonsburg police tell the Observer-Reporter of Washington, Pa. they found the alleged car thief, 18-year-old Christopher Thomas, on Monday, after an anonymous tipster told them he'd already been arrested in a pizza delivery robbery in another town.

Authorities were thrown off the trail for a time, because they didn't know that Mr. Thomas had used an alias - Tayshawn Wilson - when he was arrested in the pizza case. Thomas has been in the Washington County Jail in southwestern Pa. since Aug. 15.

And now he's also charged with driving a stolen car and almost hitting three people with it when police chased after him a few days earlier.