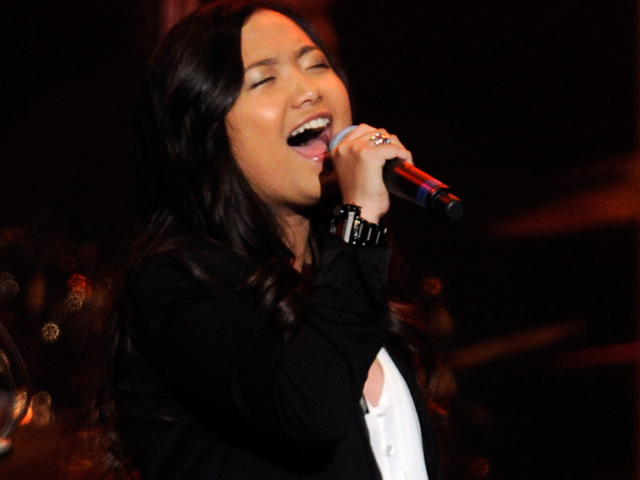 (CBS/AP) Authorities say the suspect who stabbed and killed the estranged father of Charice Pempengco, of the hit TV show "Glee," turned himself in Thursday admitting responsibility for the crime.

Angel Capili Jr. first confessed to the chief of his village in General Trias township, south of the Philippine capital Manila, said Gilbert Cruz, police chief of nearby Laguna province.

According to police, Charice's 40-year-old father, construction worker Ricky Pempengco, was stabbed with an ice pick by a drunken man Monday after buying cigarettes at a store.

Charice, who plays a recurring role on "Glee" as Sunshine Corazon, canceled upcoming concerts and called for justice for her father.

"Whoever did this must be brought to justice. Justice must be served, not just for my father but for everyone concerned," she said in a radio interview.

Authorities say Capili did not explain why he stabbed Pempengco, but he did say he was conscience-stricken and ready to face the consequences.

The teen songstress flew back to the Philippines and paid respects to her father early Wednesday. She also apologized for canceling the rest of her tour dates, saying "my family comes first."

The 19-year-old is known throughout Asia from concerts and TV talent shows in the Philippines and South Korea.