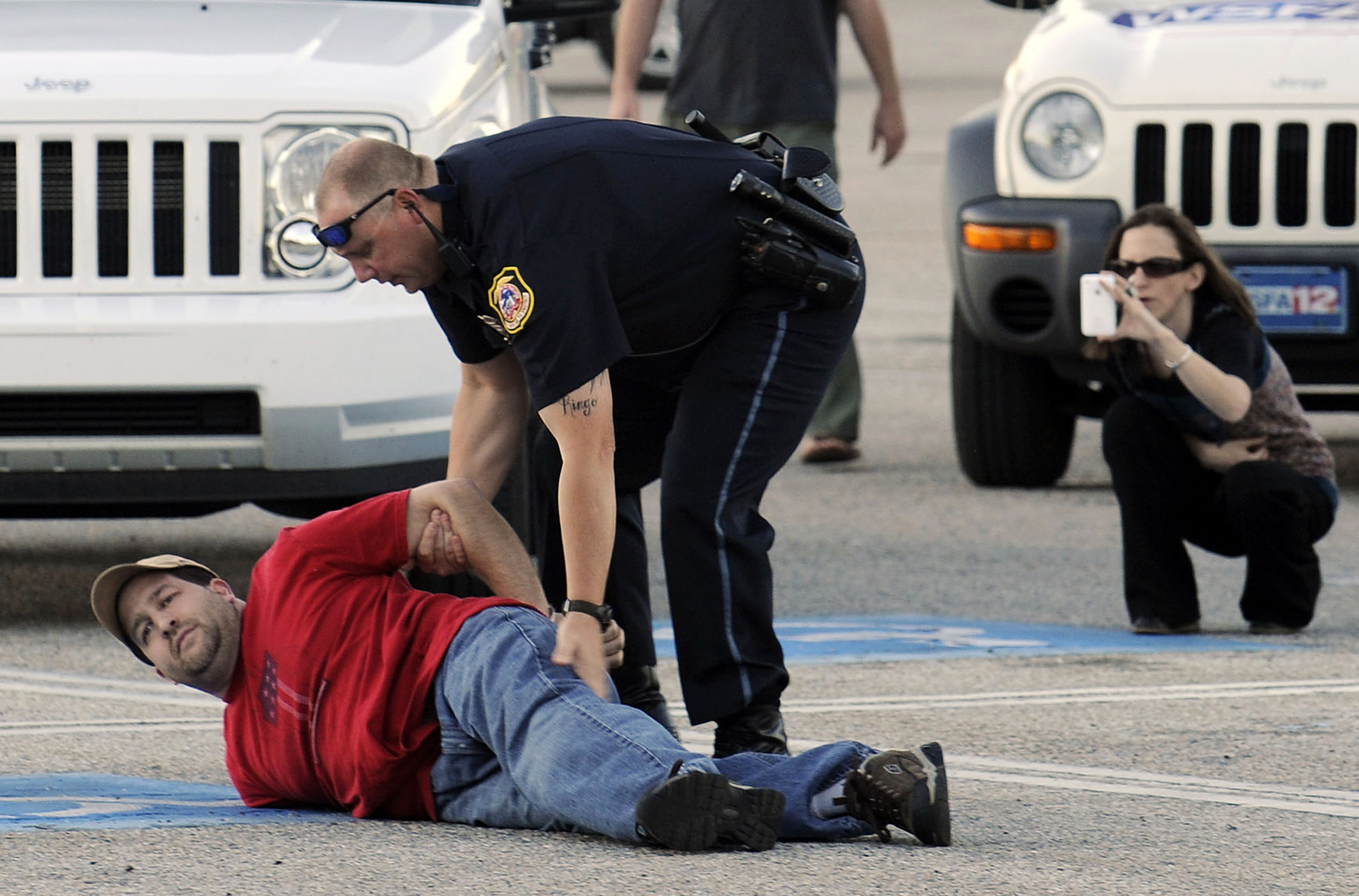 OPELIKA, Ala. - Reporters and photographers on a community college campus in eastern Alabama to cover a deadly shooting became part of the story when the man police say is the main suspect calmly walked up to them and told them he was the person authorities were after.

Thomas Franklin May, 34, was charged with capital murder and attempted murder and was being held without bond, Opelika Police Chief Tommy Mangham said. He said Wednesday's parking lot shooting, which killed one woman and wounded May's estranged wife and another woman, was related to a domestic problem and was preplanned.

Todd van Emst was taking photos for The Associated Press on the Southern Union Community College campus when May came up to him and asked to use his cell phone.

Van Emst said May gestured and said he "did all this."

After members of the media called 911, police arrived within minutes, knocked the man to the ground and handcuffed him, van Emst said.

The shooting in Opelika, about 60 miles east of Montgomery, killed a 63-year-old woman, wounded two more women, ages 36 and 94, and injured a 4-year-old, who was hit with flying glass, likely from a minivan which had three windows shot out. May's wife was inside the vehicle when the shooting happened, police said.

Student Quay Thomas said he heard nine shots on the campus, which was closed the rest of the day.

"It was terrifying," the 17-year-old Thomas said.

Police would not release the victims' names or conditions, but Mangham said one was a Southern Union student and that some of the victims were related. Police also would not give a more detailed description of the shooting, but stressed that the campus of about 5,000 students was not targeted.

Police also did not release a motive.

"We really don't know what's in a person's mind when they do something like this," Mangham said.

Court records show Bethany L. May filed a request seeking protection from abuse against Thomas May on Friday, but online records don't provide details. A judge in Lee County issued a temporary order Monday and scheduled a hearing for May 11. Records don't indicate whether Thomas May had received copies of the documents.

About three hours after the shooting, when city officers already had left campus, a man driving a white Jeep Liberty with the same tag number police had released as the suspect's pulled into the blood-splattered parking lot where the shootings happened and spoke the news media.