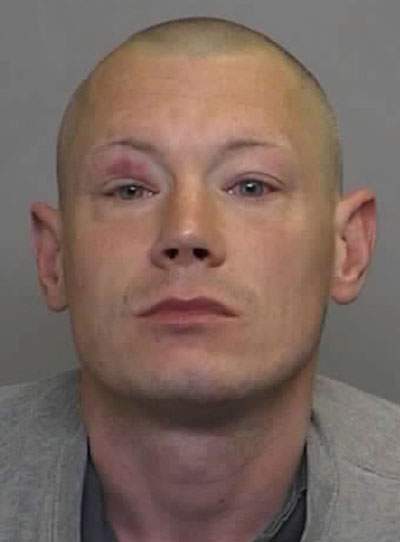 (CBS/AP) FORT BRAGG, Calif. - A suspect in the fatal shootings of a Fort Bragg city councilman and a county land trust official was shot and killed Saturday after a massive month-long manhunt in the redwood forests of Northern California.

Aaron Bassler, 35, was shot seven times, in an area of redwood forest about 6 miles east of Fort Bragg, after being sniffed out by a bloodhound tracking a nearby burglary, said Mendocino County Sheriff Thomas Allman. Three members of the Sacramento County's SWAT team were in the trees about 40 yards from Bassler when he came toward them on a timber trail.

Bassler was suspected of killing a city councilman in late August and a county land trust official several weeks before. Bassler was thought to be hiding out in the redwoods outside of Fort Bragg, breaking into several cabins and businesses to steal food and weapons.

Allman initially said Bassler raised his gun before the deputies fired; he later said the fugitive raised his rifle as he was falling from the gunfire. There had been no verbal exchange, but the sheriff said the deputies saw Bassler walking with his finger poised near the trigger before they fired.

"I wish that this incident could have ended without another shot being fired," Allman said. But, he added, "I fully support the manner in which this ended. There will be no more lives which will be endangered by Aaron Bassler."

Bassler, 35, had been sought since Aug. 27 when Councilman Jere Melo, who was also a security consultant for a lumber company, and a co-worker confronted him while investigating reports of an illegal marijuana farm outside of town.

Police said Bassler was cultivating some 400 poppy plants and was holed up in a makeshift bunker when he fired on the 69-year-old Melo and a co-worker who escaped and called for help.

The sheriff said they had DNA linking Bassler in the fatal shooting of Matthew Coleman of the Mendocino County Land Trust. The former Fish and Game Department employee was found dead next to his car on Aug. 11 up the coast from Fort Bragg.

Dozens of local, state and federal authorities scoured the forests near Fort Bragg in one of the area's largest manhunts in decades, but Bassler eluded them for more than a month.

A break in the search came Friday when the owner of a shop told authorities he found the door kicked in and that ammunition, beer, food, two compasses and some boots had been stolen. Willow, a bloodhound from the Pomona Police Department, and his handler, Pomona Police Officer Joe Hernandez, began tracking the burglar's scent. This led the command team to change course and get in place for Bassler.