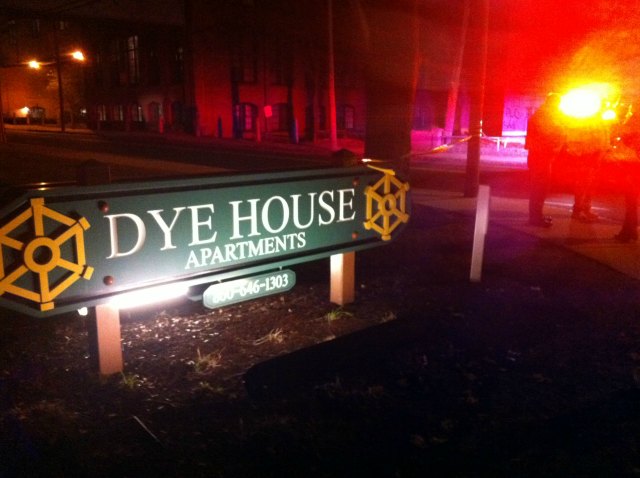 MANCHESTER, Conn. - A man suspected of killing three women in an apartment complex Saturday night shot himself to death in front of police officers after letting a 13-month-old child go free, authorities said Sunday.
Police in the Hartford suburb of Manchester responded to the Dye House Apartments at about 9:40 p.m. Saturday, minutes after getting 911 calls reporting gunshots.
An armed man was leaving the apartment building carrying the child as officers arrived at the scene, according to a statement by Manchester police Capt. Christopher Davis. During a brief confrontation with officers, the man put down the child and fatally shot himself, Davis said. The child appeared to be unharmed but was taken to a hospital to be evaluated.
One officer also fired at the suspect, but it appears the bullet did not strike him.Police then searched the apartment building and found three women dead of apparent gunshot wounds in one of the units, police said. "It should be noted that the officers' quick response to the scene prevented the suspect from being able to flee with the child and likely saved the child's life," Davis said.
Police on Sunday had not released the names of the man, three women or the officer who fired at the suspect.
Sandra Murray, a resident of the complex, said she was watching television Saturday night when she was startled by what sounded like two gunshots. She looked out her window and saw police officers responding to the complex. She didn't know the victims and didn't see what happened.
"It's sad. It's horrible this has happened," Murray said Sunday morning. "Everyone is so sad around here, just trying to figure out what happened. You're just praying for the families." She said authorities removed the bodies from the apartment at about 6 a.m. Sunday.
The apartments are in a converted industrial mill complex about 10 miles east of Hartford.