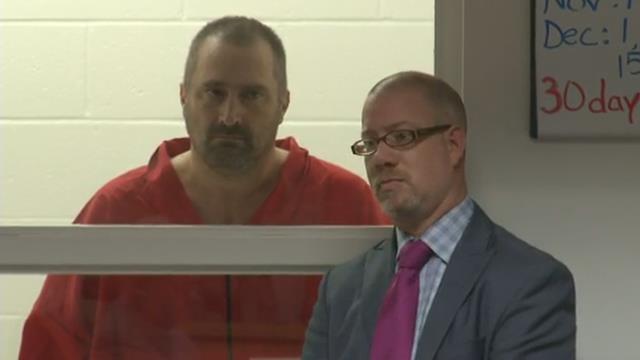 WESTFIELD, Mass. -- A man charged with raping and killing a Massachusetts teacher's aide after abducting her from her night job at a card shop 25 years ago was ordered held without bail Tuesday.

A judge entered not-guilty pleas to charges of murder, aggravated rape and kidnapping on behalf of Gary Schara, 48, at his arraignment in Westfield District Court.

The West Springfield man was arrested Saturday and charged in the April 1992 killing of Lisa Ziegert after testing confirmed his DNA matched evidence found at the crime scene, Hampden District Attorney Anthony Gulluni said. Schara has been a person of interest in the case since 1993.

The victim's mother Diane Ziegert was among the family that attended the hearing, reports CBS affiliate WSHM. She held a picture of her daughter.

Ziegert, 24, was a teacher's aide at Agawam Middle School when she disappeared from the Agawam card and gift store where she was working alone. Her body was found in a nearby wooded area four days later. She had been stabbed and raped.

The crime appeared to be random, and there is no evidence that Schara and Ziegert knew each other, Gulluni said after the arraignment.

As investigators taking another look at the cold case were honing in on Schara, Gulluni said, a person close to Schara last week contacted investigators and provided them with handwritten documents, purportedly written by Schara, in which Schara allegedly admitted to abducting, raping and murdering Ziegert.

Gulluni wouldn't identify the tipster or detail what was in the writings other than to say he believes it amounts to a confession.

Schara's public defender did not contest bail and did not comment on the specifics of the case in court. Schara did not speak and was kept behind glass in a holding cell during the brief proceeding. He is due back in court on Nov. 21.