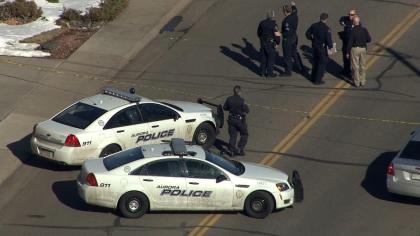 Authorities said Monday they're still conducting interviews after an officer on Friday afternoon shot and killed the man, who was suspected of robbery and kidnapping, according to the station.

The Denver Post reports the suspect, 37, was a parolee who had removed a Department of Corrections ankle monitor March 2. The suspect was on foot when he was shot, as officers tried to arrest him, reports the paper.

The officer who fired the fatal shot has been placed on administrative leave, according to the Post.

No officers were injured in the incident.

The man's identity has not been released.