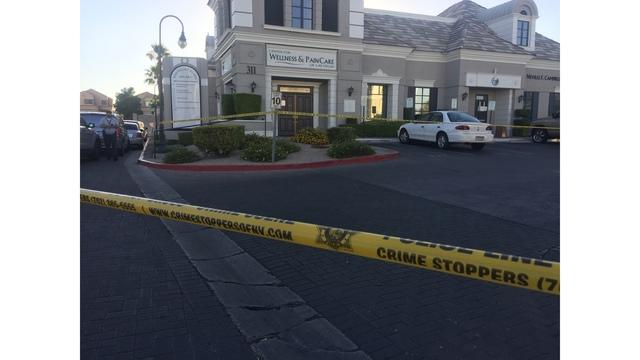 LAS VEGAS -- A patient at a pain-management clinic in Las Vegas shot and injured several people before fatally shooting himself.

Las Vegas police spokeswoman Laura Meltzer says the man was a regular patient at the Center for Wellness and Pain Care, and walked in seeking a same-day appointment Thursday. When he was told no, he pulled out a gun and started shooting, CBS affiliate KLAS reports.

The man then turned the gun on himself and died at the scene before officers arrived.

A third person was injured in the melee, Meltzer said.