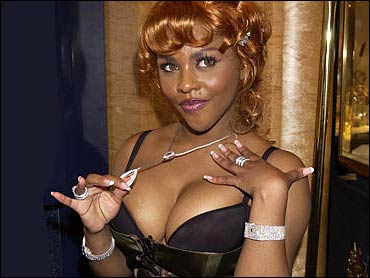 Police say an employee of a New York City club has confessed to killing a woman whose body was found there days after she visited the club during a party for rapper Lil' Kim.

Police Commissioner Raymond Kelly said Thursday that the employee of the Spotlight Live karaoke club in Times Square confessed to killing 24-year-old Ingrid Rivera. He did not identify the employee.

Rivera went to the club Sunday night when it was hosting a birthday party for Lil' Kim. Rivera's mother reported her missing on Tuesday.

Police went to the club Wednesday to review security videotape. The club later reported that Rivera's body had been found in a utility shed on the roof.

Rivera was found dead in the club's rooftop utility shed that hosted a birthday party for rapper Lil' Kim over the weekend, police said.

An autopsy was pending, but the case was being treated as a homicide investigation.

According to a police the official, a friend of Rivera's who was with her at the club on Sunday, when the rapper's party was held, says she last saw the victim being escorted out the door. It was unclear why she was kicked out and how she ended up back inside.

A second police official, speaking on condition of anonymity, said Thursday that investigators believe the woman died from a blow to the head.

Police said that after Rivera's mother reported her missing on Tuesday, officers went to the club on Wednesday to review security videotape. Sometime after they left, the club reported that the woman's body had been found inside a utility shed on the roof.

A distraught Ingrid Estrada said Rivera, a ticket agent at Kennedy Airport, was her only daughter whom she had raised as a single mother. She described her as "my life, my happiness."

Messages left at the club and its corporate offices were not immediately returned.

"When I was there, everything was cool," actress LisaRaye McCoy-Misick, a friend of Lil' Kim and the wife of the premier of the Turks and Caicos Islands, told The New York Times.

The artist's spokesman, Ronn Torossian, said in an e-mailed statement that Wednesday night was "the first Lil' Kim has heard of this matter."

In July 2006, Lil' Kim got out of a federal detention center in Philadelphia after nearly 10 months behind bars for lying about a shootout outside a Manhattan hip-hop radio station. She was released early for good behavior.

Spotlight Live is in the middle of Times Square and has become a popular tourist attraction by offering an American Idol-like experience. Guests perform with backup dancers and singers on a large stage, and the audience can vote for their favorite singers.

In January, a 20-year-old Newark, N.J., man was stabbed to death after an argument inside the club spilled out onto the sidewalk and turned into a brawl. Five other men also were stabbed.