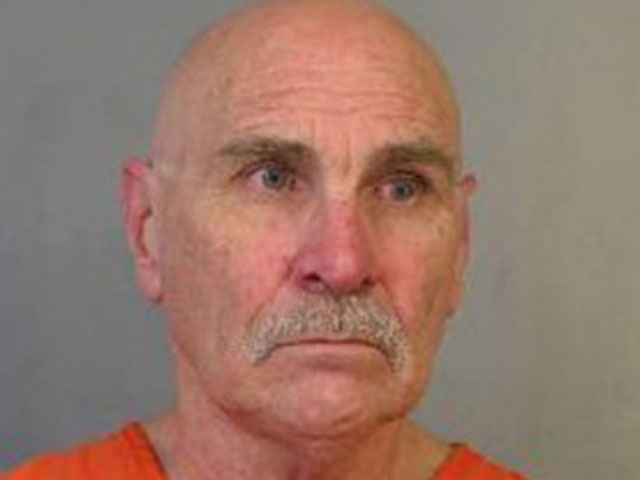 BOULDER, Colo. - A man suspected of leaving a pipe bomb and two propane tanks at a Denver-area shopping mall was arrested Tuesday after being spotted drinking coffee at a supermarket about 30 miles away, authorities said.

Earl Albert Moore, 65, was taken into custody by the FBI and was due to make his first court appearance Wednesday.

The explosives were discovered on the 12th anniversary of the Columbine High School shootings at a shopping center just two miles from the school, initially raising concerns that the apparent attempted bombing might be connected somehow to the shootings. But at a brief news conference Tuesday, Jefferson County Sheriff Ted Mink repeated investigators' belief that the incident wasn't related to Columbine.

Representatives from the FBI and the federal Bureau of Alcohol, Tobacco and Firearms were also present at the news conference, but they and Mink refused to take questions. That left one of the biggest mysteries in the case — the motive behind the bomb — unresolved. Investigators have said they found a motive, but they have not discussed it publicly.

Authorities have been searching for Moore since the explosives were discovered following a fire on April 20 at the Southwest Plaza Mall in the south Denver suburbs. The bomb and tanks were found after a fire in a hallway at the mall's food court, but they didn't detonate. No injuries were reported.

The FBI on Sunday alerted field offices covering all 50 states and Puerto Rico to be on the lookout for Moore, who had been released from prison a week before the mall fire. Surveillance video showed images of him in the mall and on a bus.

Moore was captured after a shopper saw him at a Starbucks inside a King Soopers grocery store in Boulder, said Kelli McGannon, a spokeswoman for the supermarket chain. The shopper called 911 after alerting a store manager.

McGannon said a police officer inside the store began watching Moore, but it wasn't clear if he had identified Moore or was reacting to the 911 call. Moore was in the store for about an hour, she said.

Moore left through a side door, possibly suspecting he was being watched, McGannon said. He was arrested outside by officers responding to the 911 call.

Police and store security searched the supermarket after Moore's arrest and said they didn't find anything suspicious.

After the fire at the mall, authorities noted that the times of the fire and the Columbine shootings were similar, as was the use of a pipe bomb and propane tanks, which the teen gunmen in the Columbine attempted to use in the 1999 attack that killed 12 students and a teacher.

Moore has an extensive criminal record.

A judge sentenced Moore to 18 years in prison for the bank robbery, but a federal appeals court in 2006 ruled his stiff sentence was "unreasonable" and Moore's sentence was reduced to seven years. Federal Bureau of Prisons spokesman Edmond Ross said Moore received a "good conduct" release from prison after serving six years of his sentence.

Colorado Bureau of Investigation records show several arrests for possession of dangerous drugs, theft, and possession of burglary tools dating to 1984. Court records show that an arrest warrant had been issued for Moore in September 2004, six months before the West Virginia bank robbery, for his failure to appear at a court hearing related to a burglary case.

Moore also served a year in Danbury, Conn., federal prison in 1983, according to Ross. In 1985, Moore pleaded guilty to unlawful escape from custody of the attorney general and possession of an unregistered firearm. Details of that case, including where he served his prison sentence, were not immediately available from the Federal Records Center in suburban Denver.

Moore has used at least seven aliases that include variations of the names Earl Albert Buchannan, Donald Charles Morelli and Gary Steele, according to state arrest records. In addition, the FBI said Moore also uses the alias John Lindzy.

Moore lived in Colorado at least part time from the mid-1980s to 2004, according to public records.