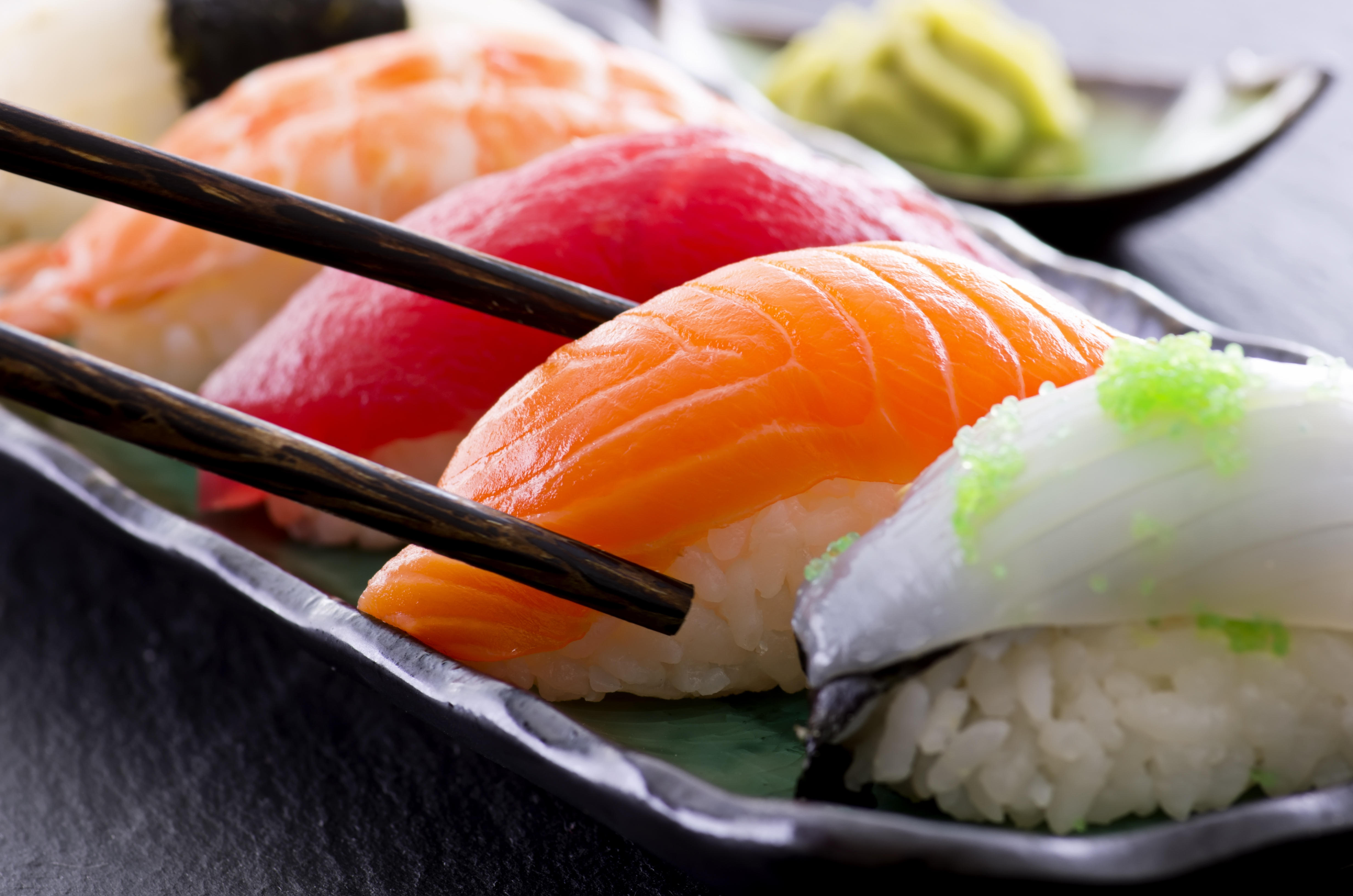 Sushi has a healthy reputation – it can be low fat and high in protein – but a new report serves as a stark reminder that sushi made with raw fish can carry a dangerous parasite. Doctors warn that it's becoming a greater problem in Western countries as more people eat sushi, and they documented one recent case that serves as a cautionary tale.

The case of a previously healthy 32-year-old man from Lisbon, Portugal, is featured in the medical journal BMJ Case Reports this week. The man was suffering from a bout of stomach pain for more than a week, and experienced vomiting and a fever.

When doctors questioned him about his symptoms and history, he revealed that he had recently eaten sushi.

Doctors performed an endoscopy – a scope test that uses a tiny camera on the end of a long, flexible tube to view the upper digestive system – and discovered he had parasite larvae attached to the lining of his stomach wall.

The culprit: Anisakiasis, a disease caused by parasitic worms.

"It is caused by the consumption of contaminated raw or undercooked fish or seafood," the authors wrote in their case study.

Photos published with their account of the case show a worm "firmly attached" inside the man's stomach.

Surgeons used a special device, called a Roth net, to remove the parasite, and the man's symptoms resolved.

Most cases of the parasite have previously occurred in Japan, but the disease has been increasingly recognized as a problem in the West, the authors wrote.

Patients can have other symptoms too, including nausea, digestive bleeding, bowel obstruction, inflammation of the abdomen and allergic symptoms including itching and anaphalaxis, a severe and life-threatening reaction, according to the U.S. Centers for Disease Control and Prevention.

Dr. Daniel Eiras, assistant professor of infectious diseases at NYU Langone Medical Center, told CBS News that it's pretty rare to see cases in the U.S. He's only seen one case about two years ago, in a 45-year-old man.

"He was having reflux and severe abdominal pain. They thought he had a mass in his belly, cancer in his small intestine, so they took out the mass and looked at it under the microscope and it was one of these worms," said Eiras.

Cases of anisakiasis are probably widely underreported, though, he said, because primary care doctors and pharmacists, the first health care professionals an infected person might consult with, typically aren't aware of or looking for this type of parasite.

"We don't do endoscopies on every person with stomach complaints, so we don't know. Presumably there are many people who get anisakiasis and it gets sloughed out of their digestive system. It doesn't lay eggs or continuously infect the intestine," Eiras said.

So, only cases where the parasite actually embeds in the stomach or intestine wall may actually come to light, he explained.

The parasite can crop up in raw or undercooked seafood such as cod, fluke, haddock and monk fish.

Dr. Donald Hensrud, medical director of the Mayo Clinic Healthy Living Program and specialist in nutrition and preventive medicine, told CBS News that pregnant women and people with compromised immune systems, such as HIV patients or individuals taking biologic drugs, should avoid raw or undercooked fish and seafood. They can carry a risk for other illnesses, too.

"Two years ago, a salmonella outbreak was linked to raw tuna.," said Hensrud, the author of the Mayo Clinic Diet book.

"I would not go to a restaurant with a 'C' rating in New York largely for this reason. It's a big red flag when a sushi restaurant can't maintain an 'A' rating, because one of the main things they get rated on is refrigeration. They're not cooking the fish so that is the only prevention method, keeping it cold," he said.

The same goes for eating ceviche -- a dish made from raw fish and cured in lemon or lime juice -- and poke, a Hawaiian raw fish salad that's increasingly popping up on menus.

When preparing fish at home, cook seafood to an internal temperature of 145 degrees Fahrenheit, the U.S. Food and Drug Administration recommends. The FDA says freezing fish can kill parasites, too.