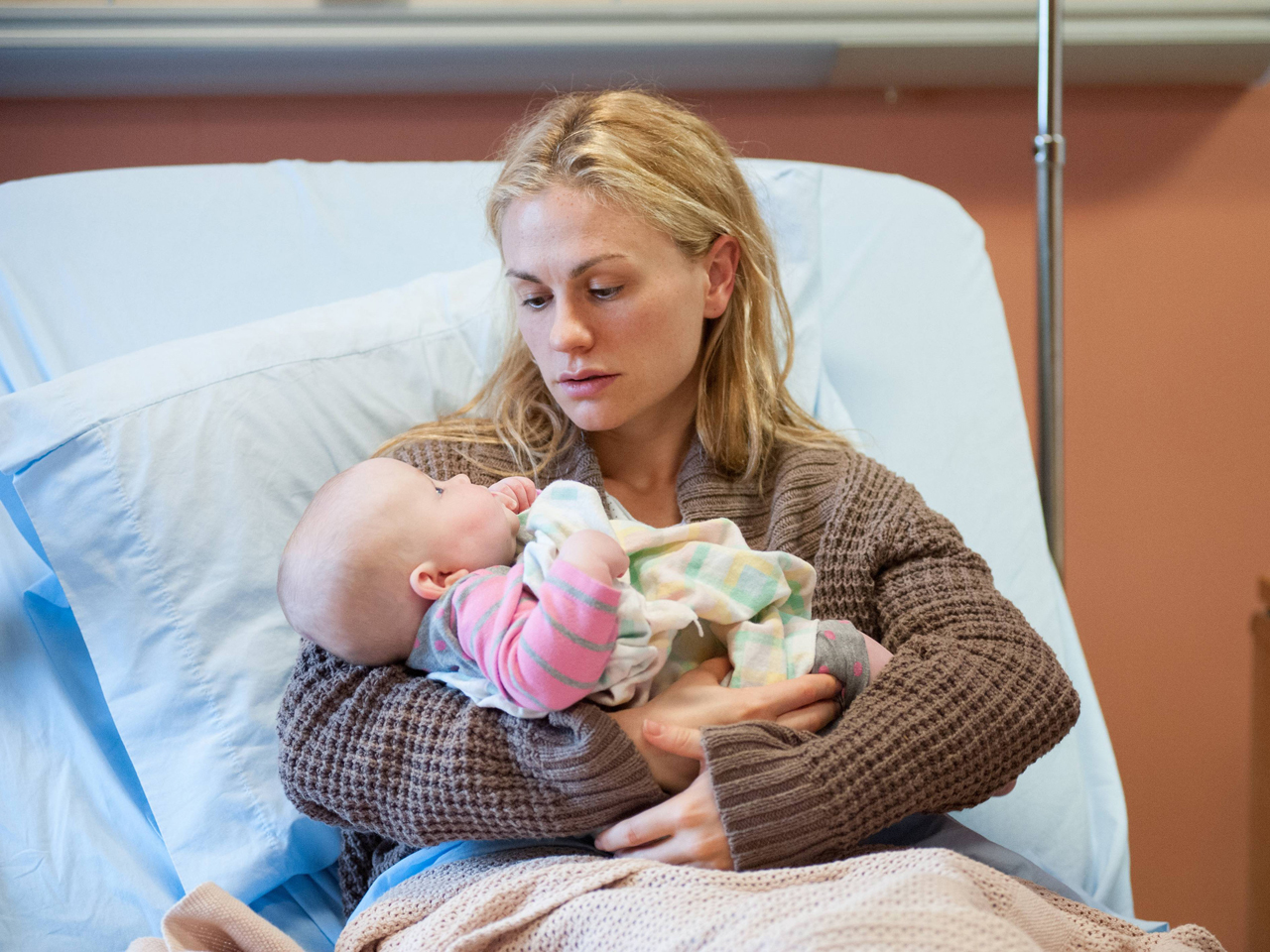 The scenario depicted in the new web series "Susanna" is entirely fictional, but the problems are real: New mother Katie is hospitalized after she develops acute postpartum depression, and her sister Susanna must step in to take care of the new child and her sister.

What Kate, who is portrayed by actress Anna Paquin ("True Blood," "The Piano," "X-Men"), is experiencing happens to between 10 and 15 percent of mothers within the first year of giving birth, according to the Centers for Disease Control and Prevention.

"What struck me is how prevalent it is and how no one talks about it," YouTube channel WIGS co-creator and the writer/director of "Susanna," Jon Avnet, told CBSNews.com. "Part of what made me feel this was worth doing was I think every mother experiences fear and terror very rapidly in the best of circumstances. There's no license to be a mother, no simple course, and you're fortunate you have a friends and family support system."

Postpartum depression is characterized by severe and long-lasting symptoms of depression that occur up to one year after having a child, but typically one to three weeks after delivery. It may result in thoughts of hurting the baby or yourself, and general feelings of worthless and hopeless.

While no one knows exactly what causes the illness, doctors believe it is caused by hormonal changes during and after pregnancy. Other factors include changes the body goes through during pregnancy and delivery, as well as changes in work and social relationships as a result of the pregnancy. Having less time to oneself, a lack of sleep and worries about one's abilities to be a mother may also play a role.

Women who become mothers before they are 20, people who abuse alcohol or drugs and people who did not plan pregnancy or were not completely on board with getting pregnant are at a higher risk. A family or personal history with depression, bipolar disorder or an anxiety disorder may also increase risk. Mothers who have money and housing issues, a poor relationship with the father of the child, a stressful event during the birth of the child or little to no support while raising the baby also have a higher chance of developing the illness.

"(Kate) is a single, first-time mother," Anna Paquin explained about her character to CBSNews.com. "The dad is kind of nowhere in the picture. She is not really holding it together very well. She's incredibly depressed and anxious that something terrible is going to happen to her child. She is falling apart, and she doesn't have so much support."

Birdie Meyer, education and training chair at Postpartum Support International, pointed out that most people assume that mood changes after giving birth typically manifest as depression. But, postpartum depression is actually only one of the disorders around childbirth. For example, some mothers may experience postpartum anxiety.

"She may have problems sleeping and want to constantly check on the baby to see if it's okay," Meyer said to CBSNews.com.

In addition, some women develop postpartum obsessive-compulsive disorder (PPOCD) after giving birth, in which they feel a need to do repetitive motions due to upsetting or unwanted thoughts. Some mothers may experience postpartum post-traumatic stress disorder (PPTSD) if they had a traumatic birth experience. In rare cases, symptoms may progress to hallucinations that actually lead a mom to physically harm the child in what is called postpartum psychosis.

Medicines, including antidepressants, talk therapy and group therapy can help women get better, but it only works if a woman recognizes her she is having a problem and gets help.

Avnet, who was an executive producer of "Black Swan" and directed "Fried Green Tomatoes," was inspired to create the 12-part series after he talked to an actress he had worked with, who revealed she had gone through postpartum depression. He had studied psychology in college before he decided to go into film, and his interest in such topics has influenced his choice in projects.

"I wanted to create a fictional narrative that would allow people to have a conversation," he stated.

To prepare for the role, Paquin read websites on parenting to understand what these women were going through and why so many women did not recognize the symptoms.

"It's admitting that you can't do everything and that you're not superwoman," Paquin said. "I think it is very hard because a lot of people sort of expect when someone has a baby, they're going to automatically do everything and know everything."

Avnet hopes that the series will help some women recognize if they are experiencing these problems to seek help. At the end of each episode, they remind people that there are organizations like Postpartum Support International that they can reach out for support if they need it.

"I don't want women to suffer in shame or in silence," he said.

"In general, those type of topics don't get talked about," Paquin added. "If we can she some light and open up the conversation, to me that's very worthwhile."