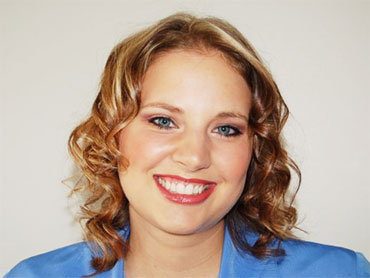 (CBS/AP) WEST VALLEY CITY, Utah - Josh Powell reportedly had an affair just months before his wife disappeared and his brother may have been "heavily involved" in getting rid of her body, Utah police revealed as they announced they couldn't solve the sensational case.

The West Valley City Police Department on Monday opened its books on the investigation of Susan Powell's 2009 disappearance, after several years of second-guessing about why they never arrested her husband. Josh Powell killed himself and the couple's two young sons in an explosive house fire in Washington State last year.

The tens of thousands of pages of documents, photographs and video, and interview notes and voice mail messages the department released depict an investigation that focused from its earliest days on Josh Powell. Detectives doubted his bizarre story that he left his sleeping wife at home in the middle of the night to take the boys camping in the Utah desert during a snowstorm, and they questioned his odd behavior in the days after the disappearance.

The files discussed how detectives painstakingly followed up on tips they received from campers, hunters, prisoners and other law enforcement agencies and even psychics.

Michael Powell, an ardent supporter of Josh Powell, killed himself Feb. 11 by leaping from a parking garage in Minneapolis.

He was interviewed numerous times last year after investigators determined he left his car at an Oregon junk yard weeks after Susan's disappearance - a fact police didn't learn until nearly two years later. Officials said he offered evasive answers about why he got rid of the car and how he had used it in the weeks after her disappearance.

His suicide left investigators without any person of interest in the case. While authorities believe the brothers were responsible for Susan Powell's disappearance, they said repeatedly Monday that they never had enough evidence to bring charges - an assertion that has been questioned in the past by legal experts as well as law enforcement in Washington State.

"This is a circumstantial case, yes," said West Valley City Deputy Chief Phil Quinlan. His fellow deputy chief, Mike Powell, added, "We didn't have a body. We don't have a crime scene."

The case file shows that in August 2010, police contacted a West Valley City woman, whose full name is redacted, after her phone number was discovered in Josh Powell's phone records.

She told police she had a sexual relationship with Powell after meeting him through a dating service about six or seven months before Susan Powell disappeared. The woman said she knew Powell by the name John Staley, and she didn't know he was married. It wasn't until after she saw news coverage of the case that she discerned his true identity.

The woman "advised she and Josh had sex five to six times in various areas of the Salt Lake Valley," and "stated Josh Powell paid a total of approximately $800 during this time frame," Detective Ellis Maxwell wrote in one report.

She also gave detectives a tour of areas where she said they conducted their encounters - always during daytime, Maxwell wrote.

The woman initially called 911 just days after Susan Powell disappeared and claimed she had been having an affair with Josh for the past two months, Maxwell wrote - but at the time, she declined to provide corroborating information.

The file includes other details, and contained emails from Susan Powell's father, Chuck Cox, who expressed hope his daughter might be found in the days after her December 2009 disappearance.

Cox believed Josh Powell poisoned his wife's pancakes before she was taken from the couple's house.

Susan Powell was reported missing after failing to show up for work. Her husband, Josh, maintained his innocence and said he had taken the couple's young boys on a midnight camping trip in freezing temperatures the night she was last seen.

Police found a small amount of Susan's blood on the floor next to a recently cleaned sofa and carpet in their house, and Josh's bizarre behavior following the disappearance left lingering questions.

When he arrived at his house following his purported camping trip, he had his wife's cellphone in his van, with the digital SIM card removed. He couldn't explain why he had her phone, police said.

Asked why he didn't tell his boss he wouldn't be coming into work that day - a Monday - Powell said he thought it was Sunday.

Josh Powell eventually returned to the couple's hometown of Puyallup, Wash., where he got caught up in a battle with Susan Powell's parents for custody of the boys, 7-year-old Charlie and 5-year-old Braden.

On Feb. 15, 2012, he locked a social worker out of a rental home at the start of a supervised visit, attacked the boys with a hatchet and set the house afire. All three were killed in the blaze.