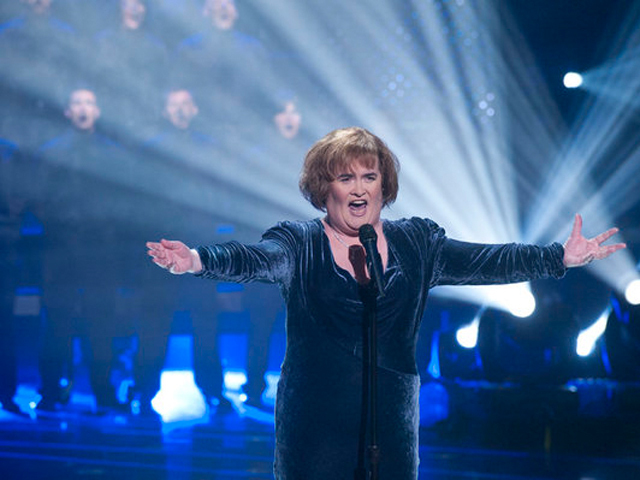 Susan Boyle is making her big-screen acting debut in a Christmas-themed British period drama, due out later this year.

The Scottish singer appears in "The Christmas Candle," a film based on the novella by Max Lucado about a magic candle that changes lives in a dull village dealing with the dawning of the 20th century.

Details of Boyle's role, and whether or not she will sing, have not yet been disclosed, but in a statement, Boyle, 51, said: "Everyone on set is a delight to work with and it's a fantastic experience to be part of the team," adding, "I'm really enjoying getting dressed in the period costumes and stepping back in time and although it's very cold filming on location, I'm wearing long johns under my bustle."

The movie, which began production this week on the Isle of Man, also stars British actors Lesley Manville, John Hannah, and Susan Barks, who recently played Eponine in "Les Miserables."

An unassuming church volunteer from a small Scottish village, Boyle became an overnight global sensation in 2009 after giving an awe-inspiring performance of "I Dreamed a Dream" from "Les Miserables" on the U.K. reality competition show "Britain's Got Talent."

Her first album, aptly titled "I Dreamed a Dream," was one of the best-selling records ever recorded in Britain and topped the charts in both the U.K. and the U.S. She has since released two additional studio albums and a live compilation.