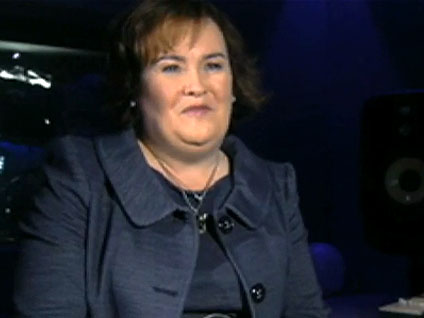 NEW YORK (CBS) Scottish singer Susan Boyle, who shot to fame via the reality TV show "Britain's Got Talent" is on the hunt for a duet partner.

The 49-year-old global singing sensation launched a contest on her website called "Susan's Search" to find a singer for her follow-up album. Boyle is inviting entrants to upload videos of themselves singing the Christmas carol "Silent Night."

In a video posted on her official website, Boyle explains the premise behind the contest."When I did 'Britain's Got Talent,' I was given a chance by Simon Cowell to show what I could do," said Boyle. "'Susan's Search' is about giving other people an opportunity. It's about letting them live the dream that they have always wanted to do."

According to Billboard, the winner will record a duet with Boyle for the follow-up to her chart-topping debut album, "I Dreamed a Dream."

Boyle's debut shot to number one in more than 20 countries, and, with nine million copies sold worldwide, was one of last year's biggest hits.