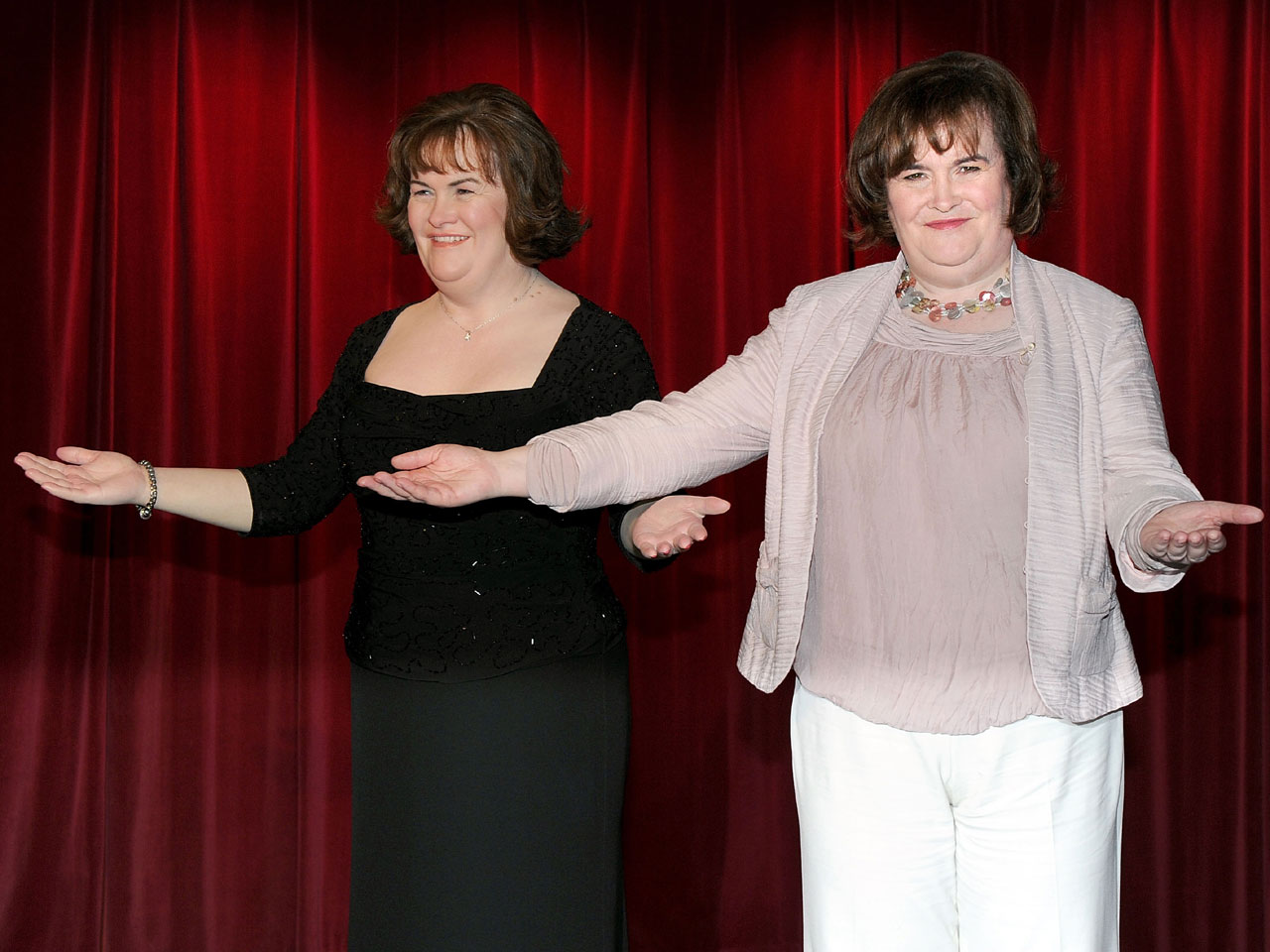 (CBS) Susan Boyle's the latest star to get a wax figure of her own.

The singer, who found fame after her appearance on "Britian's Got Talent" caught fire online, was on hand to unveil her wax lookalike at the new Madame Tussauds in Blackpool, England.

The wax figure, which sports one of Boyle's actual dresses, reportedly took four months to create.

The 50-year-old star was pleased with the result, the U.K.'s Daily Mail reports.

"'What can you say? They have done a very good job. It feels fantastic," she said, according to the paper. "It was such a great process to be involved in and it looks very realistic."

And there's only one person she wants to have standing next to her wax figure.

Boyle said: "Simon Cowell of course, no doubt about that."