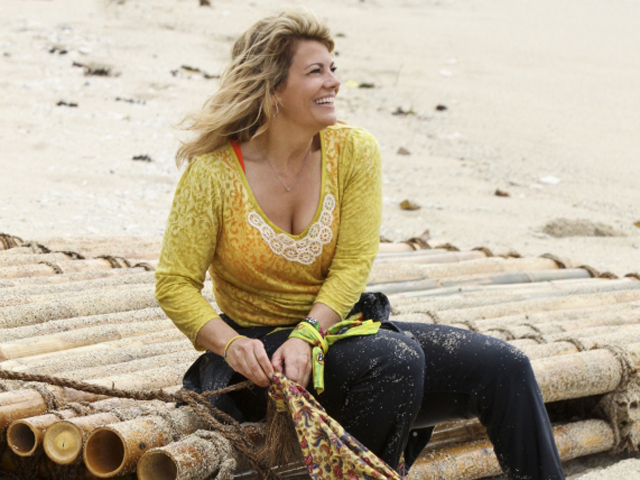 (CBS News) There will be some familiar faces on the island when "Survivor: Philippines" debuts Wednesday night.

One of them is Jeff Kent, retired MLB second baseman, who was named NL MVP in 2000, when he played for the San Francisco Giants. The five-time All Star also played for the Toronto Blue Jays, New York Mets, Cleveland Indians, Houston Astros and Los Angeles Dodgers.

The 44-year-old hunter and fisherman recently told ESPN that he was drawn to the game for its competition. "I have a very competitive nature," he said. "I like when something pushes me and drives me to be the best I can be. I'm grateful I have this character trait. It's driven me to be successful."

For the next few weeks, he will be competing against former "Facts of Life" actress Lisa Whelchel, among others. Whelchel trained for the show with the help of Navy SEALs.

"Believe me, you are going to see real - and raw," Whelchel said Wednesday on "The Talk," explaining that being on the show had always been a dream of hers. She said she had always taught her children to follow their dreams and that this was one way she put her advice into practice in her own life.

Of her swimming sessions with the SEALs, she said, "I forgot I'm 49 now. Halfway through, I thought I am in over my head and it has nothing to do with the water here."

You might recognize the leaders of the three tribes as well. Michael Skupin was the first ever to be medically evacuated from a "Survivor" game. He suffered severe burns when he fell into the campfire during the second season in the Australian Outback.

"For 22 seasons, I've thought about playing this game again," the 50-year-old Skupin told EW.com, saying he was grateful to get the chance to come back.

Jonthan Penner, a TV writer/ producer, was voted off the Cook Islands game on Day 33 and was brought back for the season in Micronesia. A knee infection sent him home from that game on Day 17. This time around, Penner says his strategy is to "bulk up."

Russell Swan suffered from dehydration on "Survivor: Samoa" and fainted several times, finally being medivacced from camp in what host Jeff Probst once called his scariest moment on "Survivor."

"That situation broke me," the 45-year-old Swan told EW.com. "I've had challenges in my life before, but nothing like that. It challenged the very core of who I was. I always thought, if nothing else, I can always depend on my physical prowess."