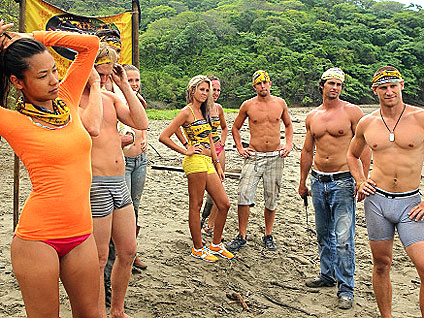 This was the last weekday episode before Sunday's three-hour finale.

Before the vote, both Sash and Chase (who was bequeathed the idol by a departing NaOnka) turned them in to host Jeff Probst.

Then the tribe proceeded to vote out Jane, unanimously deemed the front runner for the million-dollar prize, should she make the finals. It was not a blind side; the other three members of her alliance let her know they were going to flip.

In fact, before she left camp for tribal council, Jane threw buckets of water on the campfire, declaring, "By God, I started it; I'll put it out."

At council, she called her embarrassed colleagues out but to no avail. When the votes were counted, all of her tribemates had chosen to oust her.

With Jane gone, who is the frontrunner? Take our poll below and discuss your choices in the comments.