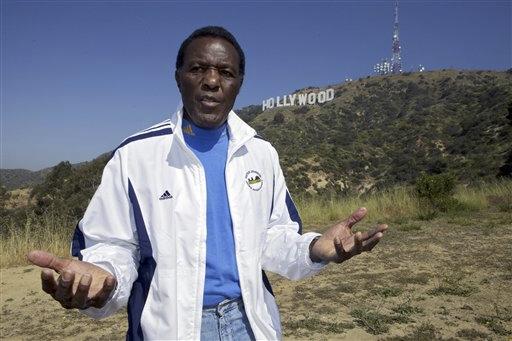 "Survivor" fans are still anticipating a wedding day for Amber Brkich and Rob Mariano. They got engaged after taking the top two spots in the finale of "Survivor: All-Stars." Recently, Amber headed to a salon in New York City and tried out some wedding hairdos.

With a quick trim and a colorful touch-up, the "Survivor" champ got the all-star treatment, having her locks styled into three different wedding looks. All of the styles, created for her by celebrity stylist Luke O'Conner, are featured in the new issue of In Touch magazine.

(Of the three styles, Rob favors the loose updo. "I knew you would like that one!" said Amber, when he voiced his preference.)

In an interview Tuesday with The Early Show co-anchor Harry Smith, Amber and Rob said they probably will get married next summer, and there is a good chance that it will happen on TV. Rob popped the question on TV during the finale of "Survivor: All-Stars" last May.

They've been together almost every day since, and they told Smith they have been having a good time in the spotlight, traveling together and lending each other moral support.

Most recently, Rob and Amber are promoting "Survivor: All-Stars" DVD. On Tuesday, Sept. 14, they will be at the Virgin Megastore in New York's Times Square from 6 to 8 p.m., signing copies of the DVD. The discs feature new commentary about last season from the game's top-two finishers.

Adds Rob, "In a week, I'm throwing the pitch at the Sox-Yankees game in Boston!" (Smith comments, "That's much more pressure than marriage.")

And, while Rob and Amber say they are fans of "The Amazing Race," their hearts naturally belong first to "Survivor," and they are looking forward to the first episode of "Survivor: Vanuatu" Thursday, Sept. 16, at 8 p.m. ET/PT, 7 Central.