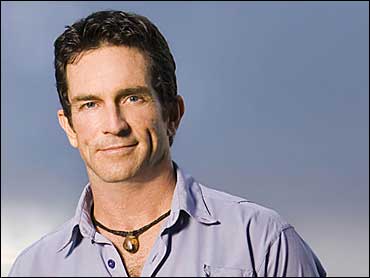 Having lost both the reward challenge and the immunity challenge, the heroes returned to Tribal Council Thursday night and voted out Cirie Fields in a Tom Westman-engineered blindside.

The heroes have been at three of the season's four Tribal Councils, leaving the tribe with seven members, compared to the villain's nine.

But it was another council that had the macho Coach in tears when the episode started. Smarting over Sandra's comments about him at last week's Tribal Council, Coach broke down before Tyson and then gave Boston Rob a mini-version of the same meltdown. Both urged him to buck up, though Tyson's tips for winning friends were devastating: drop the feathers, meditation and tall tales.

Survivor Through the Seasons
Photos: "Survivor: Heroes vs. Villains"

The heroes lost the reward challenge - a running body slide to retrieve a ball that is then tossed into a basket - and with it the hope of getting fishing and cooking gear to make life in the jungle more comfortable. The villains went home with a tool box and other material for erecting a proper shelter.

Both heroes and villains got clues for a hidden immunity idol. The heroes all went out to find their idol. Westman succeeded but was seen slipping it into his sock. At the villins camp, Sandra and Rob decided that whoever looks for or finds the hidden immunity idol will be voted out. It didn't stop Russell for trying and his tribe mates became suspicious after he was seen setting off in the direction specified in the clue.

Villains won and the heroes began strategizing ahead of that night's Tribal Council. Sure that Tom Westman had the idol, Cirie's alliance, which excluded Tom and Colby, planned to draw it out by voting down Tom , but splitting their votes between Tom and Colby so that when Tom's idol was played, Colby, the next highest vote getter, would be sent packing.

Tom capitalized on the flaw in this numbers-game reasoning and on JT's desire to get rid of Cirie. By turning JT's vote, which was supposed to have been for Colby, into one for Cirie, the three were able to oust one of the game's best strategizers.

It was interesting how at Tribal Council, host Jeff Probst was able to pinpoint what is perhaps the primary reason for all the tribe's losses - too much emphasis on alliances and too little on what is needed to meet the challenges.

He criticized Rupert when Rupert admitted he would keep his word and honor his alliances even if it meant giving up a strong competitor in challenges.

"What part of that makes sense?," Probst asked. "Keeping your word in a game called outwit, outplay, outlast?…"