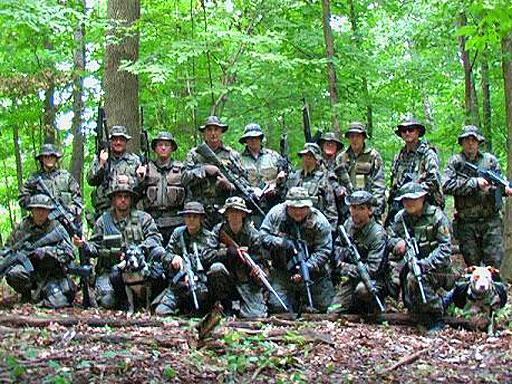 A new report from the Southern Poverty Law Center finds that there are more than 1,000 active hate groups in the United States - and that many on the extreme right are focusing their anger on President Obama, "who is seen as embodying everything that's wrong with the country."

"For the second year in a row, the radical right in America expanded explosively in 2010, driven by resentment over the changing racial demographics of the country, frustration over the government's handling of the economy, and the mainstreaming of conspiracy theories and other demonizing propaganda aimed at various minorities," the SPLC said in introducing its report. It said it had found more than 1,000 "hate groups" for the first time since it began tracking them in the 1980s.

The increase in hate groups was accompanied by a 60 percent increase in so-called "Patriot" groups, which are driven by fierce opposition to the federal government. The SPLC found there were more than 824 such groups active in 2010, including 330 militias.

Overall, the SPLC found that there were 2,145 hate, anti-immigration and anti-government groups active in 2010.

Some on the right have criticized the Southern Poverty Law Center, which describes itself as a "nonprofit civil rights organization dedicated to fighting hate and bigotry," as a left-wing group engaged in a smear campaign. That includes the social conservative group the Family Research Council, which last year was designated a hate group by SPLC for disseminating "false and demonizing propaganda about gays and lesbians."

Among the recent incidents cited by the SPLC as an outgrowth of extremist activity were the arrest of a Neo-Nazi with 12 homemade grenade-style devices in Arizona; an attempt to bomb a Martin Luther King Jr. Day parade in Spokane, Washington; the arrest of a man carrying explosives outside a Dearborn, Michigan mosque; and the attack on Rep. Gabrielle Giffords and others in Arizona.

The SPLC suggests that the electoral success of conservative lawmakers who "are championing a surprising number of the issues pushed by the radical right" could put a damper on activity by the most extreme elements of society. It adds, however, that "President Obama will continue to serve as a lightning rod for many on the political right, a man who represents both the federal government and the fact that the racial make-up of the United States is changing, something that upsets a significant number of white Americans."