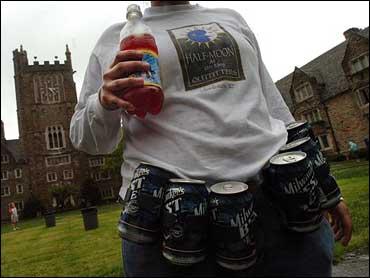 We're not smart cookies when it comes to eating cookie dough, and too often engage in all kinds of other risky behavior.

Those are the findings of a Consumer Reports telephone survey of 1,000 adults.

It found nearly 3 of every 4 Americans put cotton swabs inside their ears, risking a perforated eardrum. Nearly 4 in 10 admit eating raw cookie dough, which can carry salmonella.

Only half the respondents have a carbon monoxide detector at home and 61 percent don't have a rubber mat in the shower. Thirteen percent admitted sometimes drinking beer while using power tools.

The margin of error of 3 percentage points.