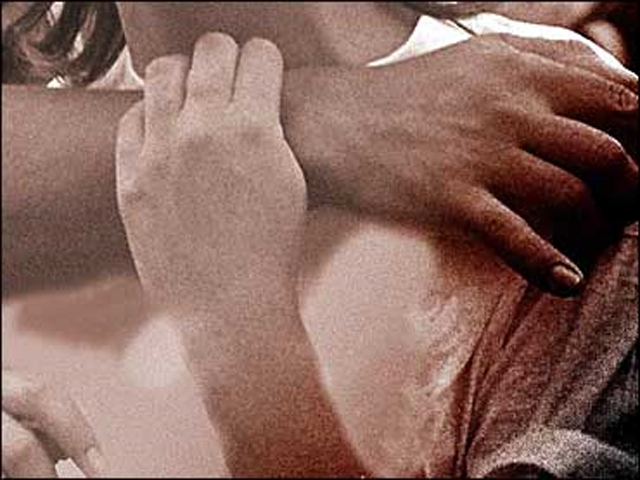 It was one year ago today that 22-year-old University of Virginia lacrosse player Yeardley Love was found beaten to death in her college residence. And even more chilling Love's alleged killer is none other than her boyfriend George Huguely, a fellow student and member of the men's lacrosse team. Huguely now faces trial for her murder.

To honor the anniversary of Love's death, Glamour magazine is launching Tell Somebody, a campaign to help raise awareness of the often unreported incidence of relationship abuse, a phenomenon that kills four women a day in the United States alone.

Learn more about the Tell Somebody campaign.

For more on this campaign and what it could mean for those affected by relationship abuse, "The Early Show" spoke with Wendy Naugle, executive editor or Glamour magazine, and Alexandra Briggs, a survivor of relationship abuse.

But why did the magazine choose to take on relationship abuse?

Naugle told co-anchor Chris Wragge, "We covered the death of Yeardley Love last year. And it was a horrifying case. But what we saw was it kept happening again and again. ... The headlines kept coming. Why is this happening now? Why in 2011, when women are more empowered than ever before?"

Naugle said relationship abuse is very widespread, according to a Glamour/Harris poll. Glamour found out that 30 percent of women who have been in a relationship have been abused. Of that 30 percent, 62 percent were hit, 33 percent were choked or strangled, and 11 percent feared their partner would kill them. Even more shocking, another 30 percent of the women said they had experienced behaviors by their partners that can be categorized as abusive, whether they be emotional or physical.

Naugle explained there is a difference between domestic abuse, which is commonly known, and relationship abuse.

"People are familiar with domestic violence," she said. "That's usually defined as couples who are married. And that's kind of a misnomer because this is common in dating women and women who are living together. So we need to broaden our definitions."

Alexandra Briggs says she is a survivor of relationship abuse.

She said, "I think it's very common everyone ask, 'Why didn't you just leave?' But when you're in that type of situation, you're so brainwashed. I really thought I had nowhere to go. My family tried to intervene, but he would always listen to every phone conversation and twist what they said, meaning they didn't love me or they hated me. He would control every aspect of my life."

Briggs said the abuse escalated to the point that he tried to kill her.

"(He) told me he was killing me," Briggs said. "I had to go to work the following day and the co-worker, one of the managers, intervened. But the overall relationship, it was only - nearly five months, not even five months, and there was emotional abuse, verbal abuse, physical and sexual."

Briggs advised people who question if they're being abused to "listen to your gut."

"I know that sounds silly, but it's true," she said. "I told myself, 'don't see this guy again.' But he convinced me otherwise. Any aspect of controlling (behavior). If he's reading all of your text messages, listening to your phone calls. Wanting to know where you are every second. And then definitely tell someone and get out. It's not easy. It can be very dangerous to tell someone. But if you just know that there are people there for you and there's a way to get out. And I got out and it's been six years."

Naugle said the campaign is to help people like Briggs.

"Someone reached out to her and said, 'You're not alone, there is help.' And that's what we want women to do. If you're in that situation tell somebody about it. If you see it happening to somebody else, tell somebody. Reach out and help them."

Naugle explained Glamour has set up a mobile giving campaign to ensure woman have a place to turn.

She said, "The National Domestic Violence Hotline has more than 80,000 calls last year (that) went unanswered because of lack of funding. So we are hoping that everyone will text 'tell now' to 85944 and that will give a $10 donation to the hotline. And for every donation, Avon Foundation is going to match it up to $200,000."