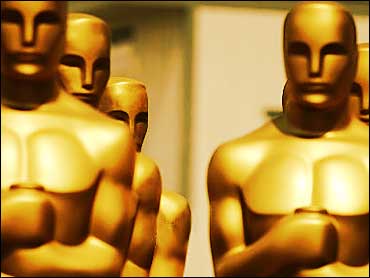 FBI agents on a drug investigation were shocked to find one of three missing Oscars stolen three years ago, authorities said Friday.

The statuette, found Thursday, has been verified by the Academy of Motion Picture Arts & Sciences as one of 55 stolen on March 10, 2000, while they were being transported from their Chicago manufacturer to Los Angeles, FBI spokeswoman Judy Orihuela said.

Fifty-two of the gold-plated men were recovered next to a trash bin nine days after the theft, but three remained missing until agents stumbled upon this one.

"They were surprised when it was discovered," Orihuela said. "There's still two out there."

Orihuela said the statuette was found to the north in the Fort Lauderdale-Broward County area during a drug investigation, but declined to say who had it or divulge specifics as to where it was found because the investigation is ongoing. No arrests have been made.

Three California men pleaded no contest in the March 2000 heist from a loading dock in suburban Los Angeles, including the stepbrother of the man credited with finding them.

Willie Fulgear, 62, who returned the 52 statuettes, was rewarded with $50,000 and two tickets to the 2000 Academy Awards. Replacement Oscars were rushed into service for those awards.

The newly found Oscar will eventually be shipped to the Academy but remained at the FBI's Miami headquarters for safekeeping for now, Orihuela said.